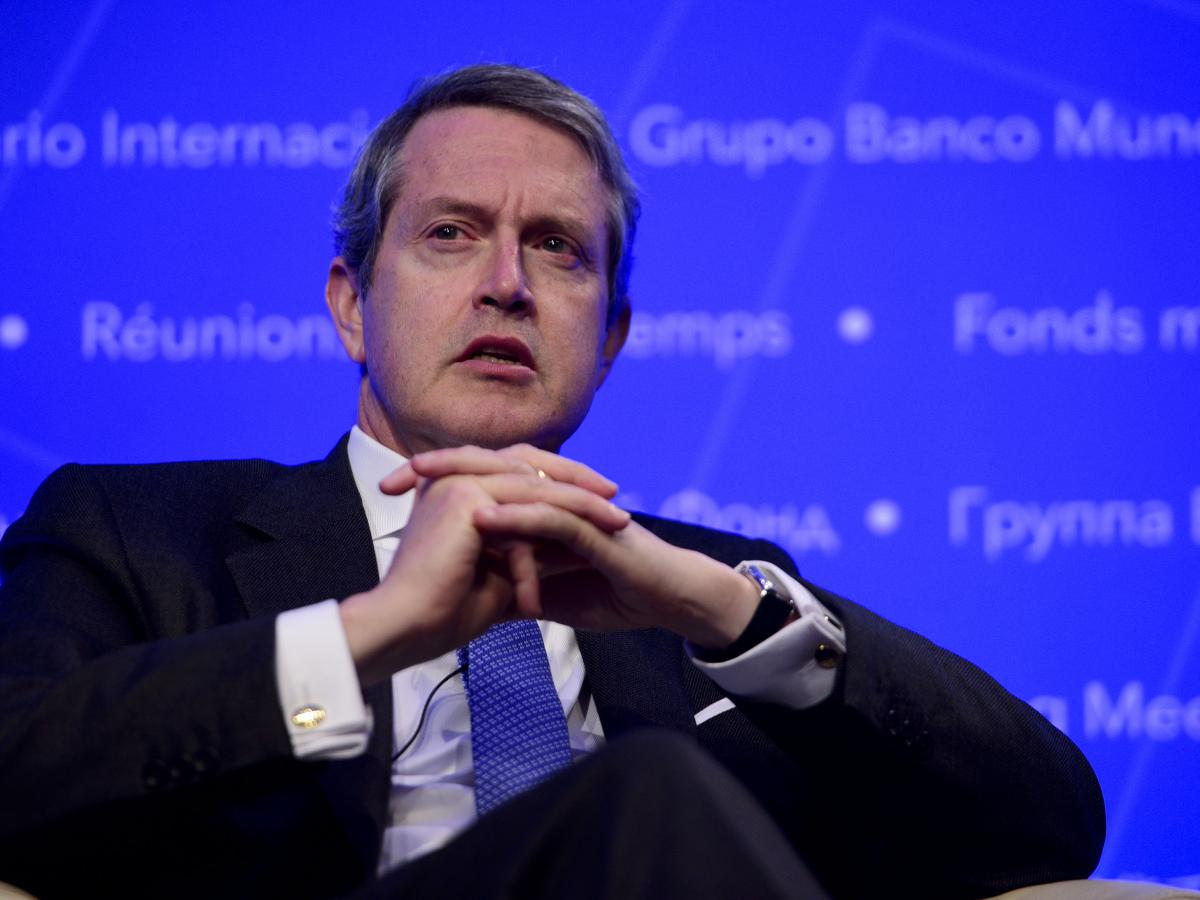 On April 18, 2018, the Bretton Woods Committee held its 35th Annual Meeting at the IMF Headquarters in Washington, DC drawing an impressive line-up of speakers and over 200 Committee members and global leaders. With transformative challenges causing major changes across global economic, political, and technological spheres, this year’s conversation – Tectonic Shifts: Multilateralism in a Disrupted World – prompted timely solutions for navigating forces shaping the future of trade, finance, and development.

DISRUPTION AND INNOVATION, was the opening message from World Bank Group President Jim Yong Kim in his conversation with Bretton Woods Committee Co-Chair Jim Kolbe. “We found ourselves needing to innovate in just about every area,” he said regarding the Bank’s response to the series of overlapping crises that the world currently faces. Kim highlighted that investment in human capital is needed to prepare countries for a future where the traditional development path may be disrupted by technology, climate change, and pandemics. He followed up that the World Bank will be commencing a Human Capital Ranking for countries in October 2018 to show the strong correlation between economic growth and investment in health and education. The World Bank is also launching innovative financial products, such as first-of-kind famine insurance, as well as increasing private sector engagement to meet these new challenges. Kim said in this disrupted world, “We have to bring our own disruptions to the table.” Watch Kim’s segment here.

FASTEST GROWING EMERGING MARKET: WOMEN, Ray Washburne, President and CEO of the Overseas Private Investment Corporation (OPIC), introduced as a pioneering idea for global development. Rather than any particular country, “Women owned businesses are the fastest growing sector,” Washburne stated. He announced that OPIC recently initiated a program called “2X,” which will capitalize a billion dollars in investment to bring fintech tools, electricity, and clean water to women in developing countries. Washburne also expressed his confidence that the Better Utilization of Investment Leading to Development (BUILD) Act will pass Congress with bipartisan support and consequently OPIC will be expanded to create a new development finance agency with enhanced capabilities. Washburne explained, “OPIC was looked at by this Administration as a tool for our national security belt.” Watch Washburne’s segment here.

MULTILATERALISM IS NEEDED IN TRADE DISPUTES, First Deputy Managing Director of the International Monetary Fund (IMF) David Lipton asserted in his remarks on a panel moderated by Bill Rhodes, Bretton Woods Committee Advisory Council member. Lipton noted that current trade tensions could stand to disrupt the global economic recovery and that countries should seek cooperative approaches to rectifying unfair practices. Lipton stressed, “There is a lot of concern around the world about China’s trade practices.” Clare Woodman, Global Chief Operating Officer of Morgan Stanley Institutional Securities Group, concurred with Lipton, indicating that clients are seeing trade tensions as a source of possible risk. Woodman added that lack of detail on post-Brexit access arrangements continues to foster uncertainty for global financial firms based in London. She recommended to prioritize regulatory harmonization for a smooth transition, saying, “for financial services, the ability for UK-EU regulators to cooperate and collaborate is absolutely key.” Watch Lipton and Woodman’s remarks here.

EMERGING MARKETS ARE LOOKING OUTWARD FOR GROWTH, based on remarks from Joachim von Amsberg, Vice President of Strategy and Policy of the Asian Infrastructure Investment Bank and Luis-Alberto Moreno, Inter-American Development Bank President. Von Amsberg extolled the many opportunities to “invest” and “invest well” in the brightening economy, accentuating that even challenges – such as technological disruption or climate change – present global investment opportunities for emerging market infrastructure. He also spotlighted China’s efforts to take a bigger role in the global economy through the Belt and Road Initiative, the creation of the AIIB, and opening of its financial sector to foster growth. On the significance of the upcoming Latin American elections, Moreno sees forward-looking candidates and convergence towards the center, saying, “I see the region moving in the right direction and with the kind of leadership that we need for this moment.” The IDB is seeking to draw more international private capital to Latin America as well he said, asserting the region needs to double the amount spent on infrastructure through public-private partnerships and erecting infrastructure financing an asset class. Watch von Amsberg and Moreno’s remarks here.

INVERTED YIELD CURVE NOT SIGN OF RECESSION, U.S. Federal Reserve Vice Chairman for Supervision Randal Quarles indicated in his dialogue with UBS Chairman Axel Weber, explaining that curve-flattening is the result of increasing Fed rate-hikes after a period of extraordinary accommodation. In the conversation, Weber painted a positive view of the strength of global financial stability but called for introspection, remarking, “Now that many of the reforms are in place, I think we are at a good point in time to assess what has been achieved so far." Quarles announced that efficiency would define his approach to regulatory adjustments. Regulators should revisit the current post-crisis body of regulation and ask, “How can we look at things with an eye towards efficiency?” Weber highlighted sources of financial risk developing outside the banking sector, to which Quarles agreed and stressed that regulators are starting to look at activities that could pose systemic risk, rather than institution-type, as the basis for new rules. Further, Quarles and Weber concurred that large technology companies with financial services components could be potentially disruptive to financial stability in the future and a challenge for regulators is thinking about how to effectively supervise these institutions. Watch Quarles’s segment here.

COMMITTEE ANNOUNCES “BRETTON [email protected]” International Council Chair, Richard Debs, called attention to the 75th anniversary of the Bretton Woods Conference in New Hampshire that will take place in July 2019. He announced that the Committee has launched a new initiative in honor of this milestone – Bretton [email protected], which will include a forward-looking essay compendium authored by global thought leaders and celebratory event at next year’s Annual Meeting. Debs announced that several members and influencers, including Muhammad Al-Jasser, Mark Carney, Bill Dudley, Mohamed El-Erian, Arminio Fraga, Toyoo Gyohten, Bill Rhodes, Tharman Shanmugaratnam, Jean-Claude Trichet, Axel Weber, Jim Wolfensohn, and Paul Volcker have already signed on to what is shaping up to be an historic effort to revitalize the spirit of Bretton Woods for the modern era. Debs ensured that members will be apprised of plans leading up to the anniversary event next year and welcomed input from Committee members. Watch Bretton Woods Committee @75 Annoucement here.

Special thanks to our Contributors, UBS and SICPA Holdings, for sponsoring the event.

See the links below for press coverage of the Bretton Woods Committee 2018 Annual Meeting: