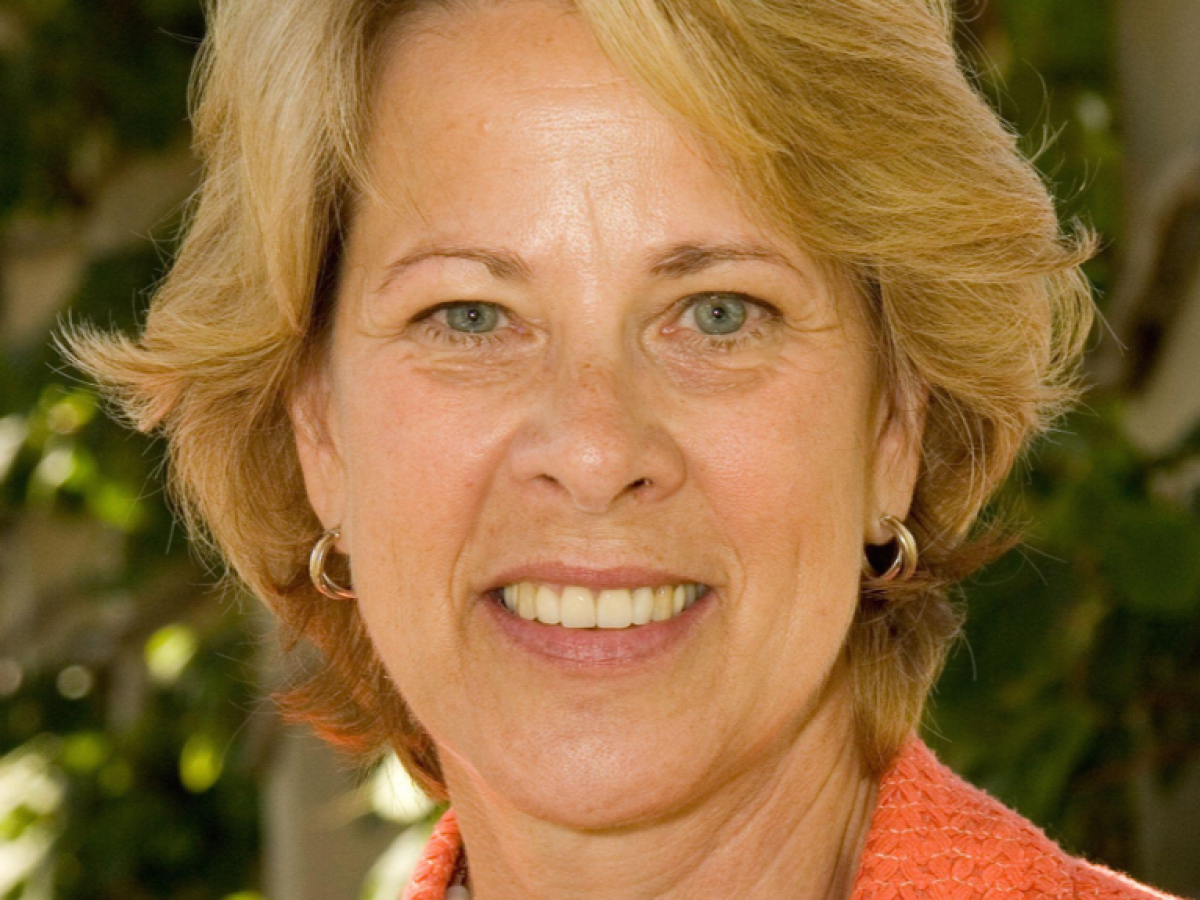 Dr. Vande Berg is a Senior Executive, Consultant, and Visiting Fellow at the University of California San Diego School for Global Policy and Strategy. She is writing a book about institutional investment in ESG strategies and the implications for corporate governance and capital markets.

But where does such swift interest come from? From the 195 parties who signed the Paris Climate Agreement -- of whom 181 have ratified their commitment to reduce their carbon footprint, ex the United States following Donald Trump’s misguided decision to withdraw? Or from private sector investment? Or both?

Or if political will weakens in both developed and emerging economies, can the private sector be counted on to stay the course?

The concern is especially serious in emerging markets which historically have depended on making the necessary tradeoffs to get the growth they need. In today’s markets, they are additionally being buffeted by a strong dollar, arguably adverse implications of developed-market monetary policies and global trade controversies.

The dilemma is what priority do governments and investors give to saving the planet when economic stability is threatened. It’s a dilemma that’s a likely topic at the annual meeting of the IMF and World Bank in mid-October in Indonesia, both in plenary sessions and meeting seminars including, “Leveraging Policies for Sustainable Development Goals”.

Emerging markets account for half of the world’s GDP, and the number goes up when purchasing power parity is applied. Asia leads emerging markets’ growing share of world equity market capitalization. The region now accounts for more than 75 percent of the MSCI Emerging Markets Index, followed by Latin America with 11 percent and Africa with six percent.

China, South Korea, Taiwan and India have four of the five biggest weightings in MSCI’s Emerging Market Index. Companies based in Asia account for 75 percent of that, and just under 70 percent of the equivalent FTSE benchmark, according to recent Bloomberg data. Asia’s emerging market heft is growing and with it, the need to keep growing its economies.

It’s equally challenging for investors who view Asia’s emerging markets as long-term investment plays. They are banking on the growth potential of these economies with young demographics and high expectations of being part of a larger consumer class, with good paying jobs for themselves and generations after them. Many in this young demographic, like their counterparts in developed markets, also articulate their aspirations in the context of sustainability. For them, it’s not really a matter of the environment versus growth. It’s both, and they are intertwined.

A recent Bloomberg report describes the phenomenon that is underway as a “sustainability revolution”. It is the “largest set of business and investing opportunities in all of history.” Corporate interests are acknowledging that they put their economic engines at risk if they depend primarily on fossil fuels. Influential institutional investors, meanwhile, are shunning corporate models that prioritize profit over impact on stakeholders, from the communities where they do business to the employees they hire.

The investment objective is still a return on investment but couched in terms of sustainability that translates into a strategy for mitigating long-term investment risk. The Government Pension Investment Fund (GPIF), Japan’s pension fund for public sector employees and the largest in the world with US$1.4 trillion in assets, applies this strategy at the granular levels of its asset management. GPIF now insists that its money managers analyze an investment for its environmental challenges, disclose the potential for risk as well as opportunity, or be fired.

Large and small sovereign wealth and pension funds are undertaking similar narratives. This includes the outsized US$1 trillion Government Pension Fund of Norway and the small but significant US$30 billion New Zealand Superannuation Fund as well as CalPERS, CalSTRS, New York State Common Retirement Fund and their pension fund counterparts in the Netherlands and Sweden. All are recognized for their specific advocacy.

Many steer their investments in line with United Nations Sustainable Development Goals (SDGs), which are at the core of an ambitious UN framework and embrace economic development on behalf of both profit and sustainability. With nearly 2,000 signatories, UN-backed Principles for Responsible Investment also are factors driving this twist on investment strategy.

But while significant, the sustainability revolution is still primarily a phenomenon in developed markets. The US Forum for Sustainable and Responsible Investment (US SIF) in Washington DC, reports that there are nearly US$9 trillion in US-domiciled assets under management invested in socially responsible investments (SRI). These $8.72 trillion in assets include investments by 477 institutional investors, 300 money managers and 1,043 community investing financial institutions.

Sustainable investing in Asia’s emerging markets, on the other hand, is well below that in Australia as well as Europe and North America. By definition, these markets are idiosyncratic, so comparisons can be difficult. But they all start from a lower base and frequently have gaps in available resources for tackling what can be a daunting ESG undertaking in the context of poor regulatory coordination and enforcement.

The CFA Institute, a global association of investing professionals, pegs Asia’s current ESG assets under management at $500 billion-- or 2.2 percent of the estimated $23 trillion in ESG assets that are managed globally. Their recent report also calls attention to the fact that Japan has the lion’s share of these Asia-deployed ESG assets.

In China, the world’s largest emerging market, sustainable initiatives are government-led. Beijing has adopted and is executing on tough environmental protection regulations while also increasing mandatory energy efficiency targets in anticipation that these initiatives will drive green investment to grow the economy. The China-Hong Kong Connect, for example, has a direct channel for foreign investment into Chinese green bonds.

In India, the world’s second largest population center and an outsized polluter like China, the Modi government has committed to reducing its carbon footprint via redirecting 40 percent of its electricity capacity away from fossil fuels by 2030. Meanwhile, private sector sustainable investment is at a niche stage and growing due to the interest of progressive India-based asset managers who embrace responsible investment as a tract for returns over the longer term.

A key to success will be the persistence of advocates in emerging markets in driving home the sustainability message as a value-add proposition for investors. It’s increasingly a difficult sell in the face of the intertwining pressures from global and economic volatility, particularly for the high growth markets in the Asia Pacific.

Ultimately, it will fall to both investors who are focused on long-term investment fueling economic growth and the political will of governments to hold the course on policy. As Mr. Abe noted in his newspaper column, the time for action is now. “And swiftly.”