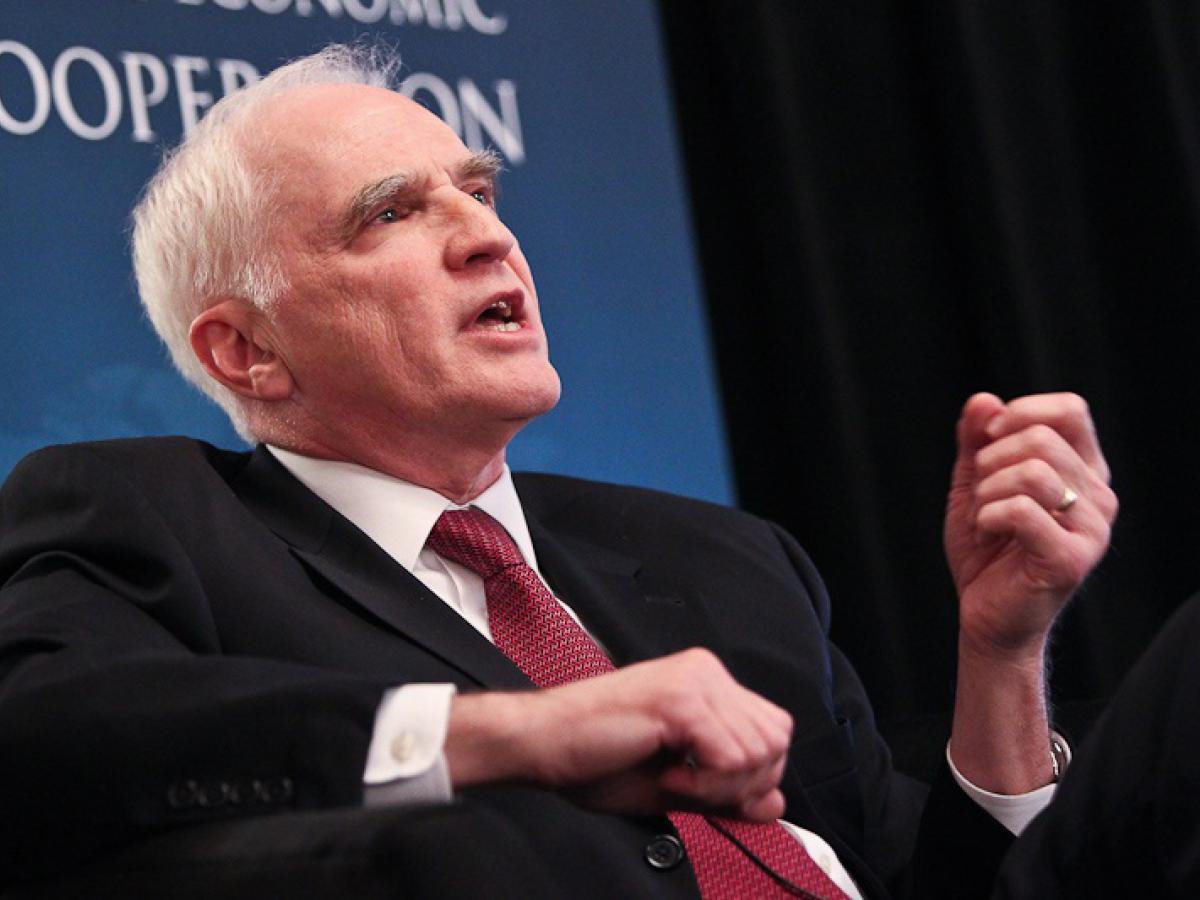 On October 9, 2014 the Bretton Woods Committee held its annual International Council Meeting at the St. Regis Hotel in Washington, D.C. to a capacity crowd consisting of global public and private sector leaders from across the financial community.

The theme was “Decoding Mixed Signals for Global Growth and Financial Stability” and focused on progress and implications for reforming the international financial system and the headwinds facing a still lackluster global economic recovery. Topics included inconsistent growth patterns among advanced economies, forecasts for both developed and emerging economies, structural challenges of the financial system, progress on the financial reform agenda, and the threats posed from sovereign and regional crises.

Special thanks to Deloitte, our Strategic Sponsor, and Morgan Stanley, as an underwriter to the event.

Congressional Perspectives on the Year Ahead: Implications for the IFIs

Scott Morris, Bretton Woods Committee Member and Senior Associate at the Center for Global Development, discusses a changing Congressional complexion after the recent elections and ramifications for U.S. support of multilateral institutions.

Will Republicans Choose to Lead on the Bretton Woods Institutions?
By: Scott Morris

The United States has enjoyed the privileged position of largest shareholder and donor at the World Bank and IMF since the institutions’ founding seventy years ago. But this week’s congressional elections, which delivered more Republican control on the Hill, may well determine whether the political coalition behind U.S. leadership in the Bretton Woods institutions collapses entirely or reasserts itself during a period of ever more deeply divided government. While it’s easy enough to imagine partisan divisions standing in the way of renewed leadership, there are some grounds for hope for a different path.

The World Bank and IMF have always attracted controversy, and no less so in recent decades, from the “50 Years Is Enough” movement on the left to the scathing attacks of the conservative-leaning Meltzer Commission. The attacks have sometimes been grounded in a broader sense that the institutions themselves had steered off course. But even during these periods, both institutions could count on a base level of political support from whoever was in the White House and key leadership of both parties in Congress.

Yet, political support for the World Bank and IMF has become increasingly strained in Washington, ironically at a time when the institutions’ missions and performance arguably are less controversial than they’ve been in many decades. To some degree, we can blame the tenuous support on divided government. Is it any wonder the Obama administration has failed to convince House Republicans on IMF reform, when they have yet to be convinced on virtually anything coming from the White House?

But attributing purely partisan motives to the IMF failure ignores some signs of hope—namely, key players like Senators Corker and Graham, both of whom supported the IMF legislation and appealed to their Republican colleagues in the House to do the same. As both move into key committee chairmanships, they will have leadership platforms to pursue a positive multilateral agenda.

To see a full calendar of our 2015 programs, please click here. Also, please periodically check our website for more specific information on timing and topics as events draw near. If you have ideas for future Committee programs please do not hesitate to reach the Committee’s Deputy Director, Emily Slater, or call 202-331-1616.

The Bretton Woods Committee would like to recognize three outstanding members for their recent achievements: President Barack Obama nominated Azita Raji as the next Ambassador to the Kingdom of Sweden. Ms. Raji has previously served as the national vice-chair for finance for Obama’s presidential campaign in 2012. A member of the Institute for Chartered Financial Analysts, she has also held senior positions at several firms including J.P. Morgan Securities. Ms. Raji holds degrees from Barnard College, Columbia University, and Columbia Business School. Read more here.

Bretton Woods Committee Co-Chair, James Wolfensohn, is the recipient of Transparency International USA’s 2014 TI-USA Integrity Award. Wolfensohn is being recognized for his career as a forceful proponent of confronting corruption to achieve poverty alleviation and sustainable economic growth. He has previously served as the 9th president of the World Bank Group. Wolfensohn holds a BA and an LLB from the University of Sydney and an MBA from Harvard University. Read more here.

Welcome New Members!
On behalf of the entire Committee, we would like to recognize and welcome our new members who have joined the Committee in 2014:

Reminder: Your Membership Contribution Is Needed

Members received annual membership contribution requests beginning in July. If you have already made your contribution for the year, thank you! You have helped to keep our well-regarded programs thriving and ensured that our collective voice will continue to amplify our shared belief in the value of multilateral economic cooperation.

If you have not yet made your investment, your tax-deductible contribution is still needed. Arguably, there has never been a more important time to spur multilateral leadership and reform. Continue your membership in the Bretton Woods Committee by responding to the membership invoice. If you would like to contribute now, please click here, or send a detailed wire transfer, or check via mail. If you need assistance please contact John Wood, Office Manager, or call us at 202-331-1616.