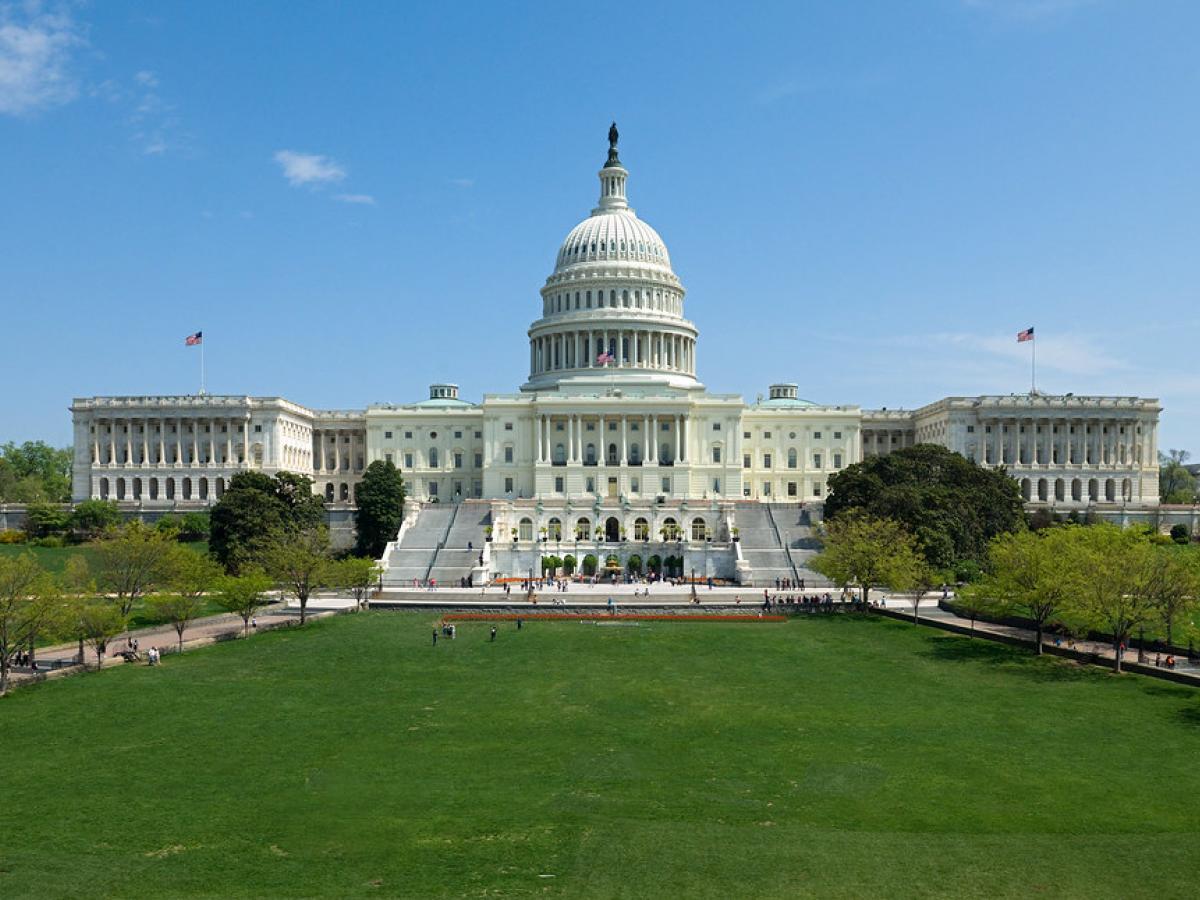 The Bretton Woods Committee is a member of the IFI Working Group (IFIWG), a diverse coalition of organizations with a shared interest in ensuring continued U.S. leadership in the World Bank and other MDBs. Member organizations include:

Over the past few months, as part of the IFIWG, the Committee has hosted or participated in several events on Capitol Hill to raise awareness among Members of Congress and staffers on the critical role of U.S. leadership in the World Bank and to help shore up Congressional support for pending pieces of legislation.

IDA19 – IDA, the concessional lending arm of the World Bank Group that targets the world’s poorest countries, is funded by contributions from the governments of Bank shareholder countries that are reviewed for replenishment every three years. The current replenishment cycle, IDA19, will generate a financing package for fiscal years 2021-2023.

The IFI Working Group has held meetings with U.S. Treasury and Congressional staff in support of the IDA19 replenishment currently being negotiated among World Bank shareholder countries. Country pledge amounts and the accompanying policy package are to be finalized in mid-December 2019. Once the final package is announced, it will fall in the President’s and Congress’ FY21 budgetary cycle.

5th General Capital Increase – The Committee has held meetings and sent letters of support to key Members of Congress on the authorizing and appropriating committees of jurisdiction in support of the World Bank Group’s fifth General Capital Increase, which was negotiated in 2018 and requires Congressional action for implementation. The package includes a $60.1 billion capital increase for the IBRD and a $5.5 billion capital increase for the IFC, as well as a set of internal reform measures to be taken by the Bank, including a priority to shift its focus away from lending to upper-middle income countries such as China. The resolution submitted by the World Bank was requested in the President’s FY20 budget request in March 2019. Currently, authorization for the capital increase is included in the Senate version of the SFOP's appropriations bill but not in the House version. Authorizing language must be included in legislation in order for the funds to be disbursed to the World Bank.

In celebration of the 75th anniversary of the World Bank and the key role the United States has played in the success of the institution since its founding, the Working Group hosted a reception on September 25, 2019 to recognize and honor Congressional supporters of the Bretton Woods Institutions. The event was also an opportunity to introduce members of Congress and their staffers to the mission and members of the IFI Working Group and to forge relationships that will help steward the Working Group’s Congressional education activities in the future.

Rep. Maxine Waters [D-CA43], Chairwoman, House Financial Services Committee; Rep. John Rutherford [R-FL4], Chairman, House Committee on Appropriations; and Sen. Todd Young [R-IN], Subcommittee Chairman, Senate Foreign Relations Committee, addressed attendees at the reception and expressed their commitment to the World Bank and U.S. leadership in international development. Bretton Woods Committee Co-Chair and former Congressman Jim Kolbe spoke on behalf of the Committee in expressing his support for the World Bank. The World Bank, and IDA in particular, produce high development impact at low cost. They are the leader in establishing global development best practices and setting standards for other players in the development community in terms of effectiveness, transparency and accountability. He also advocated for continued U.S. leadership as the largest shareholder of the Bank, which assures a strong voice for U.S. economic and diplomatic interests abroad while promoting national security by fostering stability in fragile states.

On November 6, 2019, the IFI Working Group hosted a roundtable discussion on the World Bank and other multilateral development banks. The discussion was intended to educate staffers about the international financial institutions, the financing structures employed by each, and the leadership role that the U.S. plays as the largest shareholder of the World Bank Group. Staffers in attendance raised questions about the World Bank’s graduation policy regarding lending to upper-middle income countries such as China, as well as the purpose behind IDA’s private sector window, a blended finance facility.

All witnesses expressed their support for the World Bank’s mission and for the general capital increase agreed upon by World Bank shareholder countries in October 2018. Many witnesses put forth reform proposals for the Bank to enhance its lending transparency and effectiveness. The IDA private sector window continues to be a sticking point for Financial Services Committee Chairwoman Maxine Waters who maintained her opposition to the transfers from IDA to the IFC asking witnesses to respond to the question of “whether or not we’re taking away money that should be going to support some very basic services in these poor countries in an effort to support business and privatization.” Mr. Debevoise and Mr. McGuire, both former U.S. Executive Directors of the World Bank, testified that the private sector window multiplies capital available for concessional lending and serves as a hedge against currency fluctuation in high risk emerging markets.