The Next 75 Years – Coping with Decentralization and Geopolitical Rebalancing 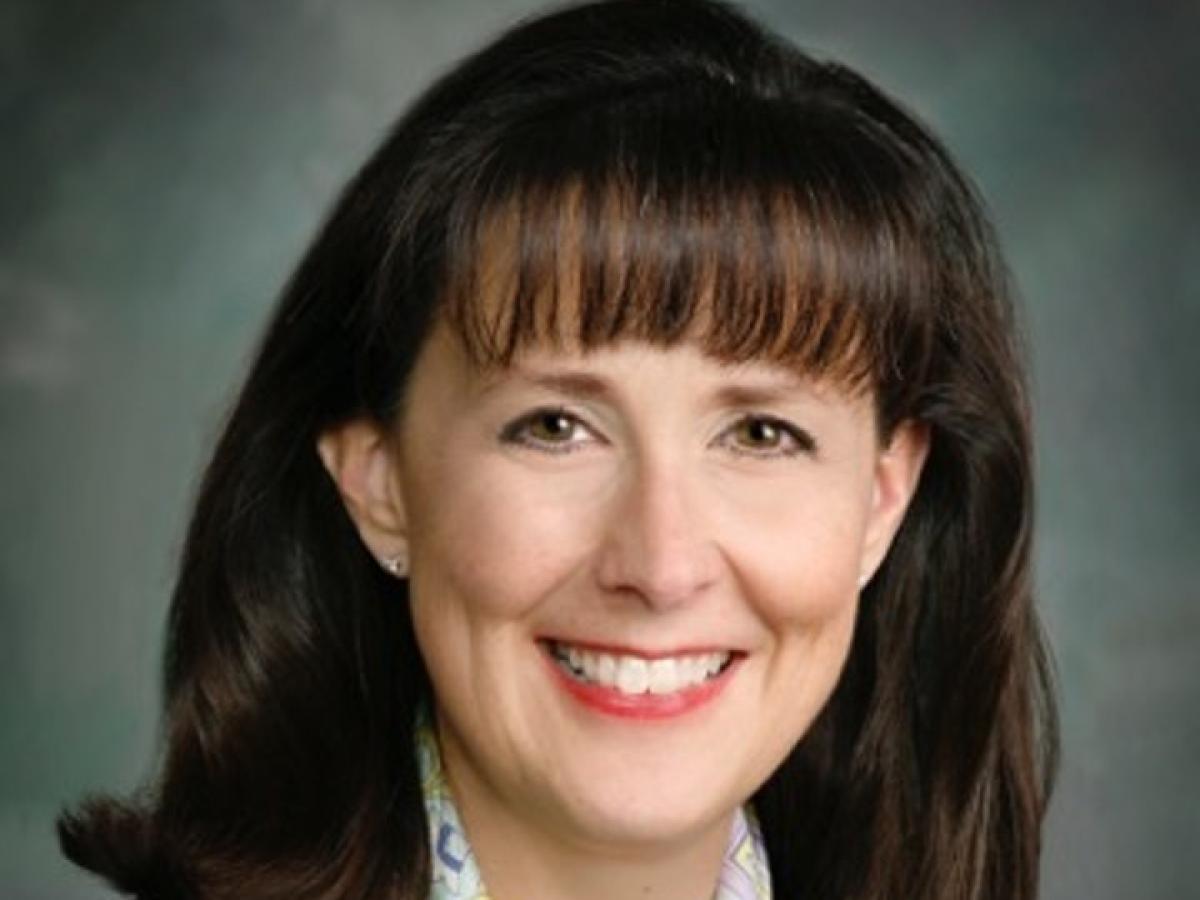 Barbara C. Matthews is a Bretton Woods Committee Member and Founder and CEO of a technology company (BCMstrategy, Inc.) and non-resident Senior Fellow at the Atlantic Council.  She exercised oversight of the U.S. participation in the Bretton Woods institutions when she served as Senior Counsel to the House Financial Services Committee.  She has also served as the first U.S. Treasury Attache to the European Union with the Senate-confirmed diplomatic rank of Minister-Counselor.  She holds a B.Sc.F.S. from Georgetown University’s School of Foreign Service as well as both a J.D. and an LL.M. in Comparative and International Law from the Duke University School of Law. This blog post is a submission to the Bretton [email protected] initiative: a global dialogue to honor 75 years of economic progress and to revitalize the spirit of Bretton Woods now and for the future.

The Bretton Woods 75th anniversary coincides with accelerating angst regarding rising populism and growing backlash against multilateralism. To survive and thrive for another 75 years, the Bretton Woods institutions1 must successfully address two new existential challenges: (i) geopolitical rebalancing and (ii) technology-powered decentralization.

Economic interdependence underpinned by the Bretton Woods system has served the globe well. It re-built war-torn economies, raised millions out of poverty so far, facilitated the integration of post-Soviet economies into the global system, provided a platform for peaceful discussion of global imbalances, and delivered financial support to countries in crisis. The system is not perfect, particularly with respect to crisis finance. However, the counterfactual (a world without the Bretton Woods institutions) illustrates the importance of not over-stating the negatives.

Many could be forgiven for mistakenly romanticizing the Bretton Woods moment as a bygone era of cross-border harmony establishing multilateral entities which operate independently of national sovereigns. Reality is more complicated. Multilateral institutions are governed by sovereigns, they are not independent of sovereigns2. The Bretton Woods system was controversial from the beginning as the recently published Bretton Woods transcripts and a recent book illustrate. Existential questions about the Bretton Woods institutions have periodically arisen, usually during crises. Policy priorities have shifted over time – amid controversy and debate -- from centrally planned economic policy during the war years to free-market economics during the Cold War.

In sum, the Bretton Woods system has not always been easy or pretty, much less harmonious or linear.

The Bretton Woods conference occurred at a singular moment in history that catapulted the United States – and the Soviet Union – into global prominence, replacing the United Kingdom and then-upstarts Germany and Japan. After the Cold War, the former Soviet Union nations joined. The next 75 years will bring more consequential geopolitical rebalancing.

Much has been written about China’s rapid ascent to the global stage economically and politically. The Chinese approach to consensus and gradual change enables participation in multilateral entities even when its economic and political philosophy is at odds with many of the principles associated with cross-border economic interdependence, particularly free and reciprocal trade.

Europe joins China in challenging the Bretton Woods system, albeit differently. The transatlantic relationship has been fraying for over a decade. Divergent policy priorities may be inevitable if the ironic consequence of a successful effort to rebuild post-war Europe. A strong European Union could not always be expected to follow the U.S. lead much less support forever a governance structure that does not provide Europe with equal authority to the United States. These conceptual fault lines often drive debates over excessive deficits, global dependence on the U.S. dollar, financial stability, global imbalances, and the definition of “currency manipulation” under the IMF Articles of Agreement.

Failure to adjust to these geopolitical shifts will erode the value proposition and legitimacy of the global multilateral process over time. The beginnings of such a shift towards decentralization are already visible.

Decentralization – Not Just a Technology Trend

As the IMF noted in 2012, policymakers increasingly choose localization and regional solutions over multilateral ones requiring cross-border compromises that might generate domestic political discontent. From the creation of the Arab Monetary Fund in the 1970s to the Chiang Mai Initiative to the European Stability Mechanism to the Asian Infrastructure Investment Bank to the failure of the Doha Development Round of trade talks, regional or bilateral solutions deliver more control over the terms governing cross-border economic dealings. Post-crisis policy now champions the benefits of “local currency, local funding4” rather than reliance on global reserve currencies to finance economic activity.

Populist resistance to globalization ("the new nationalism") is on the rise, but the backlash against global supply chains and multilateralism has been building since the 1999 anti-WTO riots. Increasingly, trade disagreements address standards (labor, environmental, phytosanitary, financial stability) and intangibles (intellectual property, data transfers, digital assets and processes) that do not fit neatly into a trade paradigm crafted for a world where trade mostly involved physical goods.

Labeling national standards as “non-tariff barriers” pits national democratic processes against multilateral trade. When those demands occur amid structural economic shifts and assistance programs that incentivize workers to blame trade for dislocation, it should be no surprise when backlash materializes.

These developments can increase the relevance of development projects for individual communities. But they also pressure multilateral institutions to rectify a perceived “democratic deficit,” even though the institutions were never designed to be governed by popular democracy.

Development banks have of course evolved. Representatives from “civil society” now participate in public meetings, ironically through their own centralized, organized groups. The World Bank administers trust funds financed by public and private contributions to address specific issues (e.g., disease eradication). These efforts enhance coordination among non-state and state actors even as they diminish the ability of the World Bank to operate independently.

In sum, at every level of society and commerce, technology and populist politics propel forward policy priorities delivering decentralization. Retreating behind regional entities is not the answer. They can generate local rigidities that can amplify (if not create) geopolitical tensions. Regional centralization is also at odds with expanding cross-border connectivity among individuals and localities. Mobile computing, blockchain transaction services (especially in the trade finance and customs facilitation contexts), and social media communication can only increase the need for evolution in every part of the Bretton Woods system.

The Bretton Woods institutions – and their sovereign shareholders – must evolve to meet the needs of a globally connected but distributed economy. Enhanced consultation and transparency may provide part of the answer. Some informal international entities (the Financial Stability Board)5, as well as the IMF6, are currently exploring ways to increase engagement with a more distributed stakeholder base. Mutual recognition agreements, reciprocal enforcement agreements, and/or minimum standards regarding regulations may support 21st century distributed and interdependent economy better than zero-sum-game tariff negotiations.

The Bretton Woods system must adapt if it is to survive and thrive over the next 75 years. The time to intensify and accelerate the evolution of the system is now.

[1] The International Bank for Reconstruction and Development (“World Bank”), International Monetary Fund (“IMF”), the General Agreement on Tariffs and Trade and its post-Cold War successor the World Trade Organization (“WTO”) as well as regional development banks in Asia, Africa and Europe.  Since the 1970s, informal entities with no legal personality have emerged to address banking, securities, and insurance policy issues at the global level.  Governance of these entities similarly sits at the sovereign level, with the relevant sectoral regulators in the lead.

[2] Finance ministers and central bank governors constitute the voting members of the IMF and World Bank boards as well as regional development banks.  Trade ministries populate the WTO board.

[3] However, it is important to note that the Bretton Woods conference itself included delegates from Latin America (17), Asia (5), Europe (10) and the Middle East (2) in addition to the United States, Canada and Mexico.