In the wake of the September G20 Pittsburgh Summit, The Bretton Woods Committee hosted a meeting on the subject "Can G-20 Leaders Coordinate Global Growth?" on November 18, 2009. The discussion took place at The International Monetary Fund in Washington, DC, and explored some of the questions and key challenges that lie ahead as world leaders strive to maintain principles and a framework designed to create strong, sustainable and balanced global growth.

Executive Director of The Bretton Woods Committee, James Orr, introduced the discussion with a breakdown of the timeline that countries have agreed are reasonable measures for enabling growth, and the future meetings in June and November which are to follow through on the goals set by the last summit. Nevertheless, challenges still remain, including the recent concerns regarding China's currency policy, and inability for world leaders to have so far reached a compromise. It is with this climate that the speakers on the panel addressed the following questions: 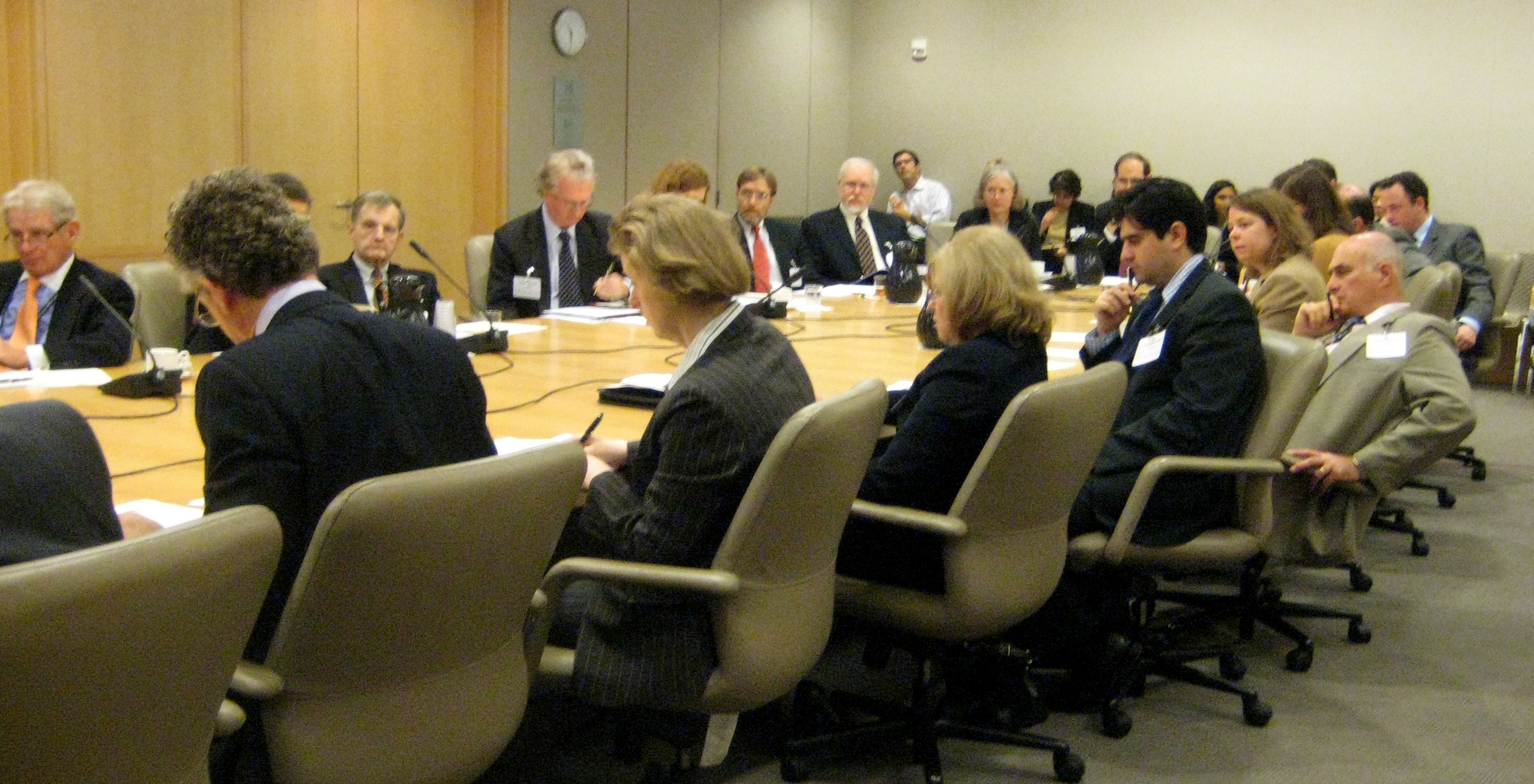 Reza Moghadam, Director, Strategy, Policy and Review Department at the IMF, opened the discussion. Despite his initial skepticism, he attributed great success to the G20 in creating some semblance of cooperation by bringing together key global players. During the critical moments of the financial crisis, the countries acted decisively and effectively in addressing financing, action, and coordination of poor countries. He gave two reasons to explain the G20's success:

Ultimately, one will have to compare the future of the G-20 with its goals in order to fully judge the effectiveness of solving the issues at hand. The Pittsburgh Summit looked to coordinate strong, sustainable, and balanced growth, and it laid out a plan.

The Fund's role in the current global financial situation is to engage and interact with the financial ministers whose role is to look at policy frameworks, and to look in and across framework. The fund should continue to use internal machinery to look at potential outcomes and problems for the G-20 to discuss. The role of the Fund is a facilitator, not a pusher, but the Fund's input will be included when discussing poverty and the developing world because of the expertise the organization has in this area's policy. This is part of the reason there is such a high potential for success.

Mr. Moghadam pointed out that this is a very serious process, especially if one looks at all the leaders that are involved. Even the intermediate processes of developing information, reports, and recommendations include upper leaders in central banks and the government. The conditions for success are all there, including all the right players for correcting the global imbalance, and the joint work between developed and developing countries. While it is early to pre-judge, and it is up to the leaders of the G-20, there is reason to be optimistic of future G-20 success. 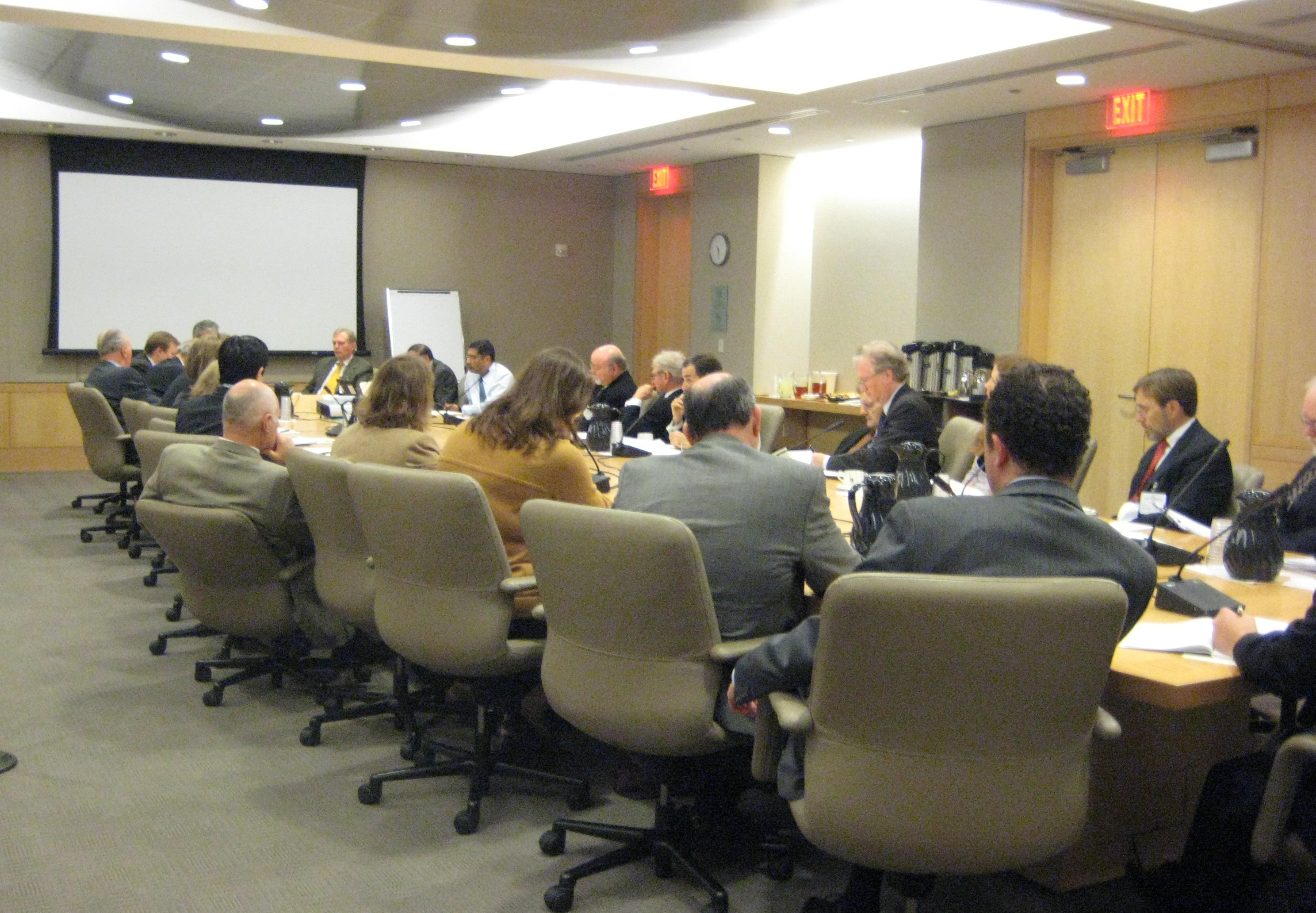 (Brad Setser, Director, International Economics, National Economic Council, spoke off the record, and his comments cannot be included in this summary.)

Amar Bhattacharya, Director, Intergovernmental Group of Twenty-Four, provided a non G-20 perspective on the process of coordinating growth. While the G-20 has been extraordinarily successful in bringing a coordinated response, there are concerns that the momentum will not be enough to carry the response through the exit stage and that political will will not remain for longer term issues.

Dr. Bhattacharya called the architecture of the G-20 'path breaking' as it demands discipline, preparation, IMF scores, and benchmarks of internal commitments all of which are checked and collectively decided. However, the challenge will be in the exit strategy, and an even larger problem has emerged in that recovery has taken well in G-20 nations in that economies have shifted sideways or up, but it still lags in the poorest nations.

The G-20 is new terrain for the commitments of multilateral possibility; its policies are not like the IMF and G7, and this dynamic is positive. But for legitimacy, it must also include the other 172 players in the dialogue, not just in concern for the poor, but also for the countries that are quickly growing out of their developing status.

Dr. Bhattacharya also highlighted the Financial Stability Board as the evolution of the board represents a possible future track with the IMF being the apex of macro policy, but the FSB representing the micro. The Board, however, lacks legitimacy, and needs to expand. Multilateral organizations like the IMF and World Bank are also going to be important in roles of surveillance and support of financial reform. G-20 success has been admirable, but this sector does need to be engaged. 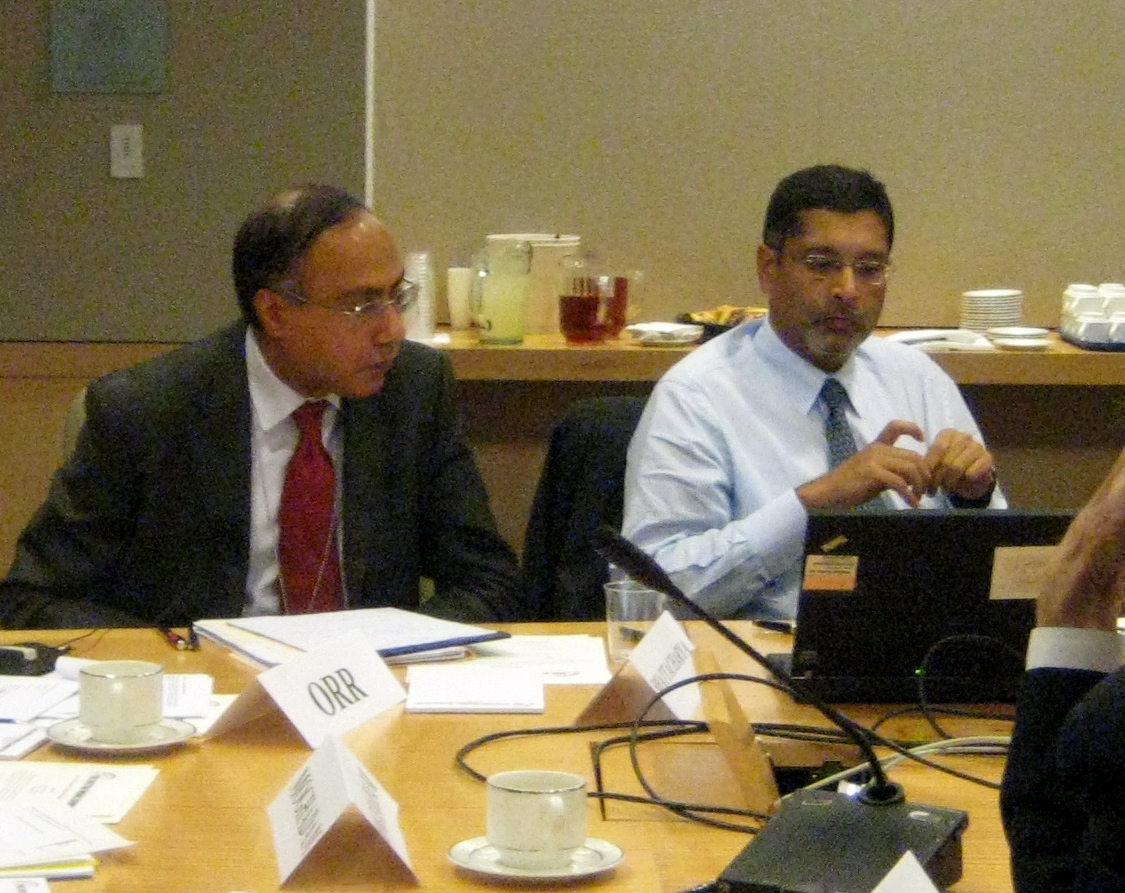 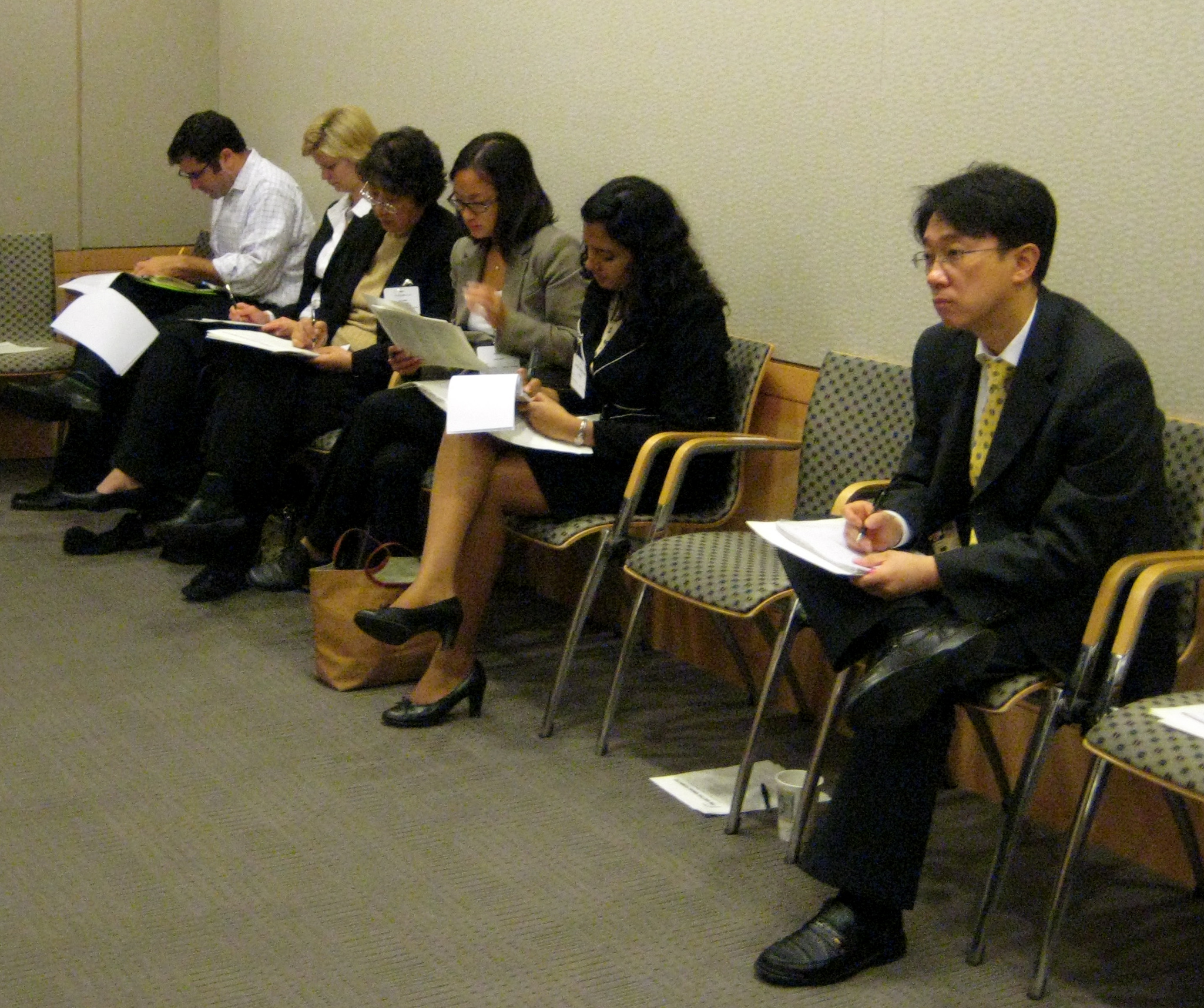 Arvind Subramanian, Senior Fellow, Peterson Institute for International Economics/Center for Global Development spoke as the dissenting opinion of the G-20, and less optimistic in the G-20 future. He said that cyclical and structural imbalances exist in today's world and hinder the potential success in coordinating global growth.

Cyclical imbalance causes a resurgence of capital flow to emerging markets and increases pressures on asset prices and exchange rates in the emerging markets. It is important but requires the repudiation of what he calls the "foreign finance fetish." Structural imbalance revolves around China and its exchange rate as key, and can only be addressed as multilateral, trade issue not a macro or global imbalance issue; in terms of multilateral institutions, this means WTO, not IMF.

The IMF has neither leverage nor legitimacy to persuade China to adjust its currency. Some have suggested the concept of "Chinamerica" implying that China is beyond outside influence and only cooperates out of self-interest. Dr. Subramanian identified trade as the only source of outside influence. Because trade is the only leverage countries have with China, it is an implicit assumption that the leverage will be the most powerful when used by a combination of countries, both developing and developed, rather than by a single country.

Given Dr. Subramanian's analysis, this means that the role of the IMF in such issues is diminishing, and the roles of the G-20 and WTO is greatly increasing and has yet to reach full potential. However, if the G-20 is to reach full success, there are two issues that it must address. First, it must address the question of its creation as a response to failure of legitimacy, and second, whether the same degree of cooperation can be achieved.

For a complete and detailed summary of the meeting, please refer to the following document found here.