U.S. and China Perspectives: Undercurrents of the New Multilateral System

The Bretton Woods Committee hosted a meeting on "U.S. and China Perspectives: Undercurrents of the New Multilateral System," on April 20, 2010. The meeting focused on the important economic trade and policy differences and interdependencies between the U.S. and China and how this issue continues to affect the global economic trade and development agendas. Some key questions and discussion points included: 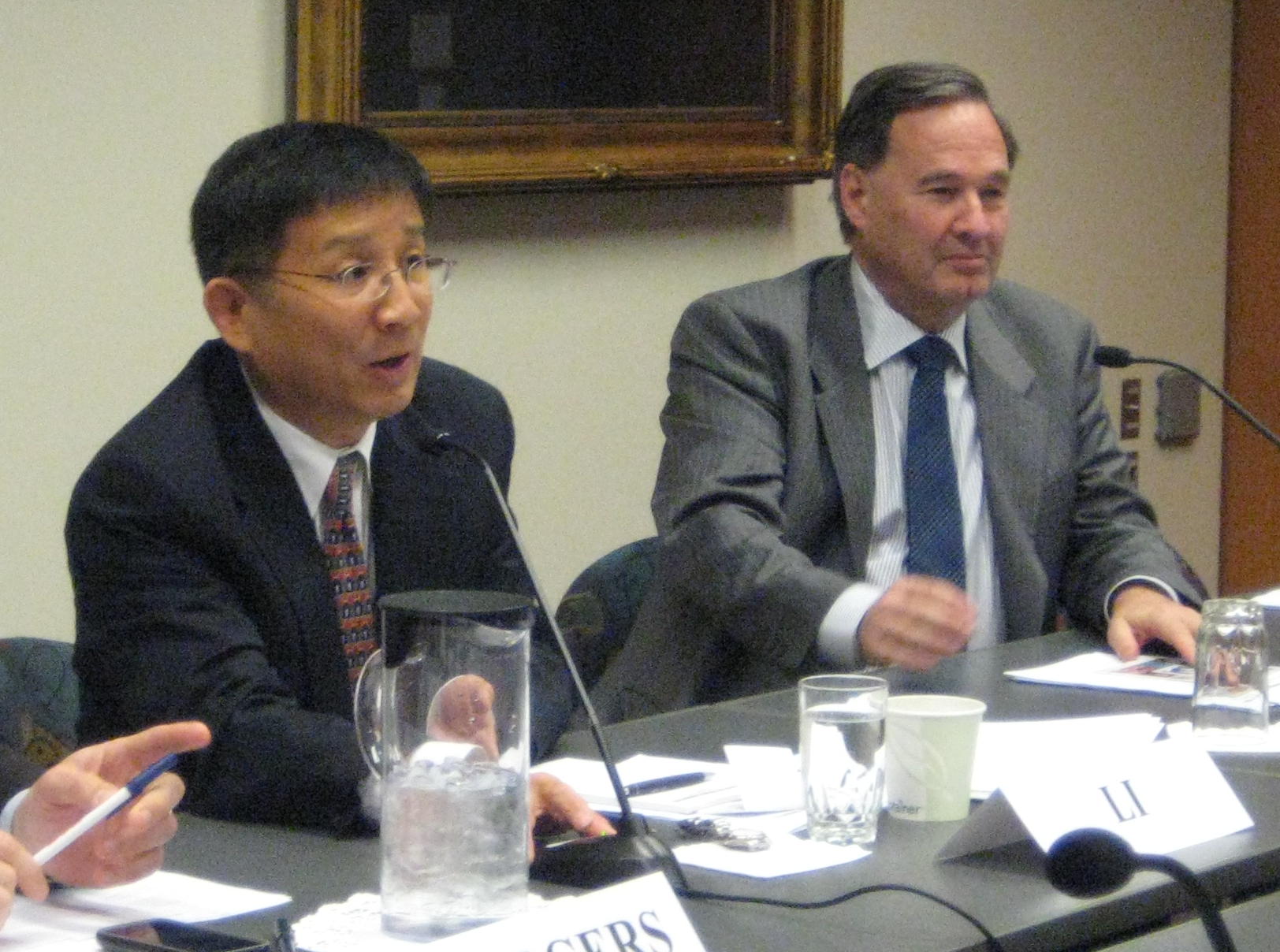 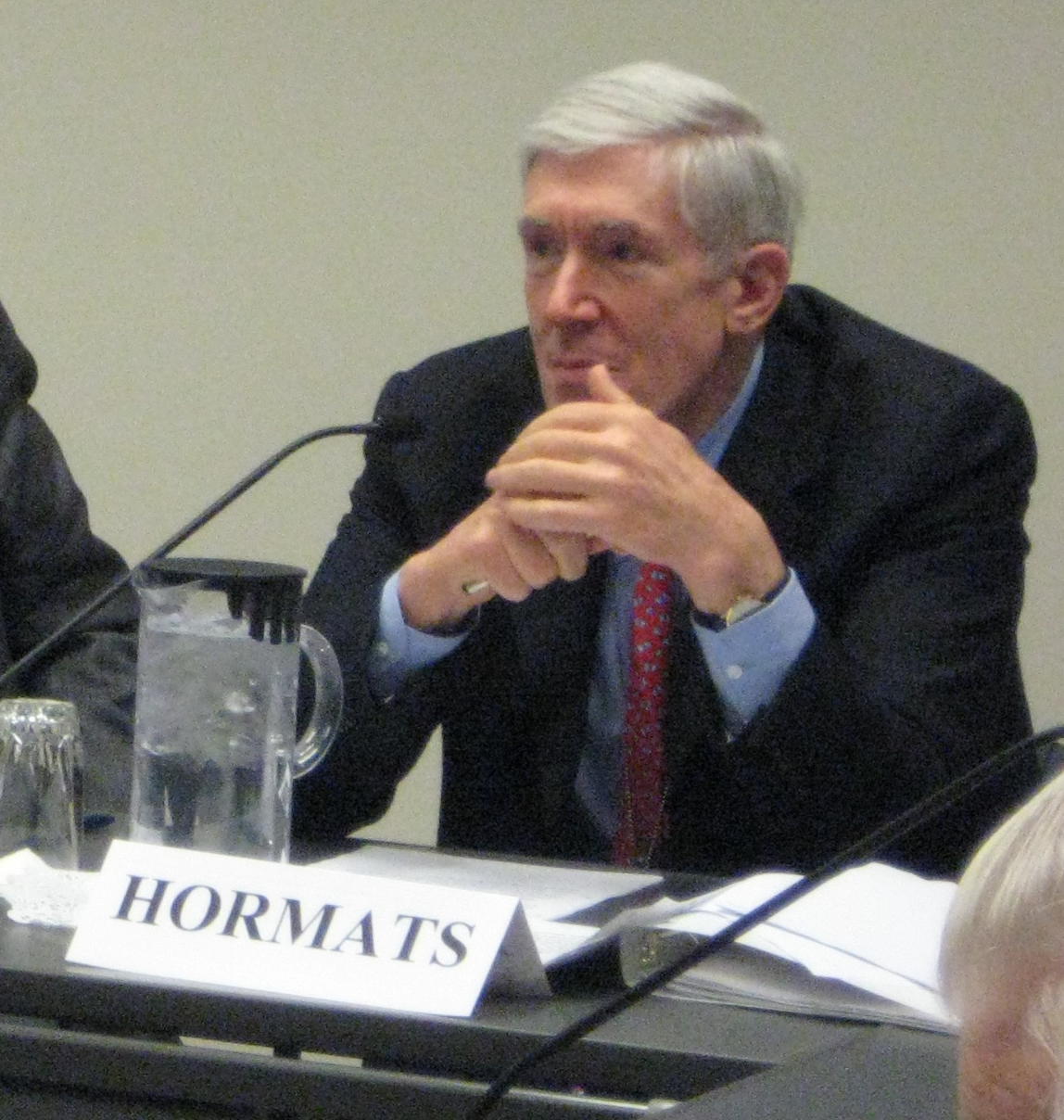 Dr. Li addressed the issue of China's future, given that a new generation of political leaders will emerge in the upcoming 2012 Political Party Congress, bringing forth new policies and challenges for China. These new leaders need to consider policies that will transition China from an export-driven economy to an import-driven economy. New leadership must also consider ways to gain favor from the middle class within China and reform its political agenda in order to gain a more positive global opinion. The U.S. should hope for changes in China that result in positive outcomes, rather than feel fearful of negative outcomes.

The discussion continued with David Hale, Chairman of David Hale Global Economics. For the first time ever in a global financial crisis, China has been able to lend as much support to the global recovery process as the United States. China is enjoying 11% growth rate as the world emerges from the crisis. Mr. Hale believes China's support in the recovery process reflects the successful fiscal and monetary policies China has had in place for the last twenty years. The country opened its economy to foreign direct investment opportunities and turned itself into a huge export powerhouse.

China worked through the global financial crisis by instating a fiscal stimulus policy in 2008 that involved heavy spending. Its expanded monetary and fiscal policies in turn impacted the global economy. China looked to invest in many developing countries and stock exchanges in order to make a positive impact on the global business cycle.

However, now China is practicing a policy of restraint, especially in reaction to its growing domestic real estate bubble. Though the residential sector will slow, exports can be expected to rebound. Mr. Hale anticipates that China will raise interest rates within the next two months and hopes China will also let its exchange rate appreciate this summer. He fears that US pressure on China regarding the exchange rate will inhibit China from letting the exchange rate appreciate as the government does not want to be seen as bending under US pressure.

In accordance to its policy of restraint, China's economic policies have become much more protectionist over the last six months. This has negatively impacted the US corporate sector, and if China is not careful, its protectionist policies could hurt future corporate relationships and result in trade conflicts and trade wars.

Robert Hormats, Under Secretary of State for Economic, Energy and Agricultural Affairs, concluded the discussion about the bilateral relationship between the US and China and how we look at that relationship in a multilateral context. Currently, the US-China relationship is on an upswing, and discussions regarding global issues are more positive than they would have been two months prior. Mr. Hormats believes it is critical for both countries to have ongoing conversations regarding a steady stream of issues, as the US and China have a complex and intense relationship.

There are many global elements to the US-China relationship. One element is the need to cooperate as much as possible on global issues. As discussed earlier in the meeting, China played an important role during the financial crisis, and we should maintain a positive cooperative financial relationship during the post-financial crisis period. China is also looking to play a greater role in global issues, such as providing foreign assistance to developing nations and collaborating on climate change issues, by increasing its visibility in institutions like the World Bank and the IMF. China is realizing that it needs to play a more constructive role around the world, and it is an important aspect to the US administration's dialogue with China.

According to Mr. Hormats, the United States often feels inclined to view China as a zero-sum game, but there is a feeling within the administration that while there are competitive areas, there are also positive-sum areas that the United States should seek out and approach with China. If the US can identify a positive sense of direction with China on a few issues of global importance, future relations between the two countries will improve. 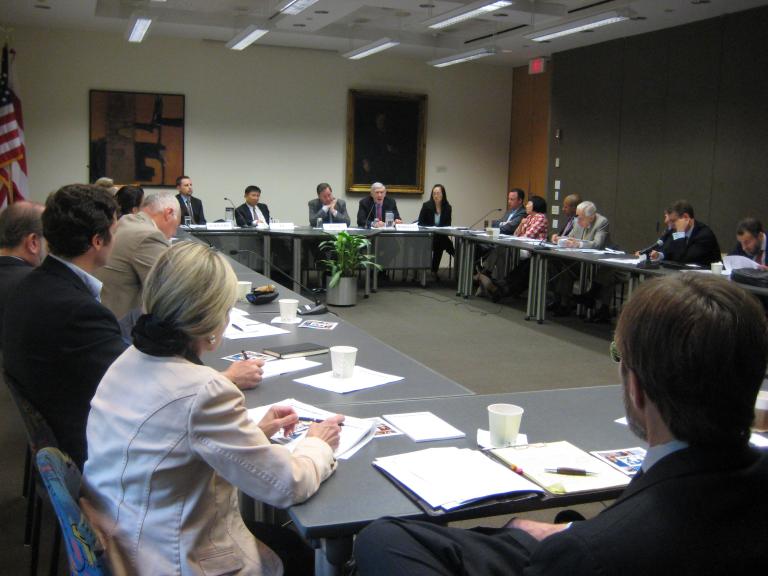