The Bretton Woods Committee held its Multilateral Roundtable program, "A Day at The World Bank 2010," on May 24, 2010 in Washington, DC. The meeting addressed topics and initiatives at the World Bank that would be of interest to private sector representatives. Some key questions and discussion topics included: 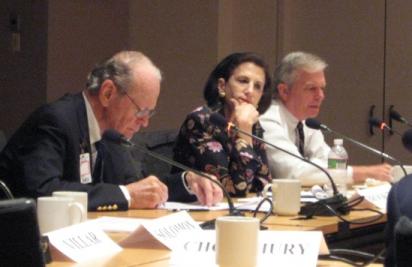 Ian Solomon, U.S. Executive Director at the World Bank, introduced general World Bank initiatives to meeting participants. He stressed the increasingly important relationship between the World Bank and the United State. He also addressed the need for increased private sector engagement due to the changing nature of resource flows and post crisis economy. Support for the private sector engagement can be given in three ways:

There are challenges to these approaches that include lack of collaboration between private and public sectors, difficulty in balancing the interests of the stakeholders, and how to highlight achievements that would not have been possible without public sector support. In IDA countries funded by donors, there is still not enough money flow to leverage the public sector to crowd in the private sector. The IFC and IDA need to jointly tackle growth problems. They need both public and private sectors for sustained results, particularly given the funds come from the same corporate family. 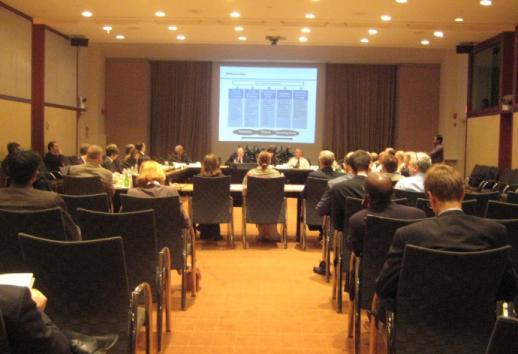 Fayezul Choudhury, Vice President of Corporate Finance and Risk Management at the World Bank, followed with a discussion about the World Bank's future priorities. The clarity of future goals and priorities is especially important in order to persuade shareholders to operate in a multilateral environment.

The World Bank's current goal is to move toward inclusive and sustainable growth in the context of an unprecedented global challenge presented by the financial crisis and which require global multilateral action. This goal encompasses five pillars:

The priorities that stem from these pillars include targeting the poor, creating opportunity, promoting collective action, strengthening the government, and managing risk. To address these priorities, the Bank should focus on the bottom billion of the world's population and develop the private sector in conjunction with developing agricultural growth. It is also important that the World Bank keep a close watch on managing risk in order to anticipate future crises.

Rachel Robbins, Vice President and General Counsel at the IFC, spoke about the opportunities for private sector partnerships at the IFC. She covered four main focused areas of the IFC:

The financial crisis has made the IFC's job much harder by exacerbating problems of unemployment, infrastructure with the onset of urbanization, food security, and the de-leveraging of the banking sector. The crisis highlighted the need for refocusing on troubled assets. The IFC plans to generate the strategy for asset management and set strategic goals in order to draw in investors.

Moving forward, the IFC also believes it is important to recognize the young, dynamic population that contributes to huge phenomena such as urbanization. Rising demands for credit, food, education and health could contribute to huge deficits unless something changes. On its end, the IFC will continue to focus on social and real infrastructure in an effort to offset potential deficits.

Marcelo Giugale, Director of Economic Policy and Poverty Reduction Programs for Latin America at the World Bank, discussed the changes that have been made at the World Bank following the global financial crisis.

Concrete changes have been seen primarily in the Bank menu of options: While the Bank was previously used primarily for loans and reports, it now includes insurance and asset management. The Bank has also been pursuing financial engineering and currency swaps.

The systemization of the Bank has also changed over time. Experts are no longer limited by geography, and problematic assistance has been developed to target specific problems such as measurement of poverty. In addition, the Bank has expanded its integrity development strategies to assist domestic political campaigns during the months prior to a major election.

All of these changes have led to a change in the style of the Bank. Through technology, the Bank has improved transparency by posting reports on the internet in several languages and opening up its database to the public. The Bank has also made a bigger effort to communicate to the public through the media. The decentralization movement was a leap of faith, and everyone knew the costs would be high. The financial crisis almost interrupted the transitional process because countries were solely interested in aid with no strings attached, but the increase in lending aid from 4 to 5 billion to 15 billion froze the undergoing transformation. Africa is now on a growth pattern, and so has now been twice as engaged with the increase in capital. 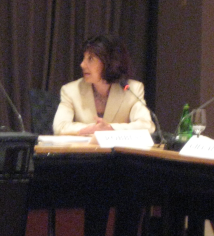 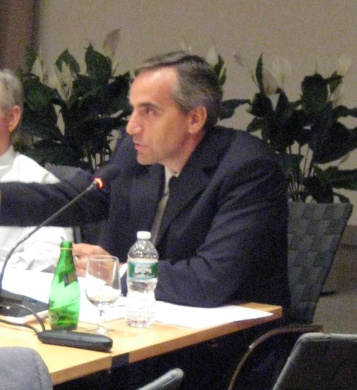 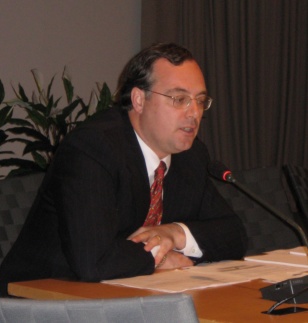 Daniel Villar, Acting Chief Economist and Director or the Economics and Policy Group at MIGA with the World Bank, concluded the program with a presentation about the opportunities MIGA provides for investors.

MIGA is the youngest of all the World Bank institutions. Its role is more relevant now because of the priority the World Bank has placed in trying to level the investors' playing field. Though 40 to 50% of emerging markets have seen downgrades in risk, the past 18 months have been difficult. Eastern Europe has seen an increase in risk. Latin America faces a problem of resource risk to the point of defaulting on loans and obligation in order to maintain reserves in case of emergencies. This crisis hit the developed world with a much greater force than the middle developing world. MIGA has been focused on replacing assets destroyed by outside externalities. At this time in 2010, the general situation has become less critical. The Eurozone fear of contagion, a new world from two years ago, did not really settle on risk level. Changes have been made in finance.

Future efforts are now focused on creativity. Joint IFI initiatives in dealing with European problems have led to more collaboration with the IMF than the IFC. MIGA has also been trying to move into smaller equity funds in sub-Saharan Africa where investments are smaller and not very economical. We have started prescreening funds before fundraising and have been working to ensure funds meet standards and development objectives. There have also been efforts to expand the contract with the IFC by collaborating where the IFC does marketing. As part of the process in the rapid market changing, MIGA has been working on changing its convention (equivalent of a constitution) by providing instruments for carrying out its role. Such changes have already been supported and passed by the US senate.

Insurance companies have their own profit analyses. They have found big companies maintain a rate of 80%. MIGA has found among its clients a profit rate of 70%. MIGA's process involves mediation between client country and investors in the said country. In 90% of dispute cases, MIGA can develop a win-win situation because of the inbred trust. Of course, in countries where lending is spread too thin, MIGA does not do as much business. In IDA countries, however, this is a comparative advantage in investing, and profits comeback multiplied.

You may download the full summary of the meeting here.