On October 8, 2010, the Bretton Woods Committee held its annual International Council Meeting in Washington, DC, with the theme Integrating Global Financial and Economic Reforms. The meeting took place in conjunction with the 2010 IMF/World Bank Annual Meetings. Richard Debs, Chair of the International Council, welcomed speakers and participants who attended the program to explore questions and issues surrounding the macroeconomic and financial regulatory reform challenges that we face in the post-crisis period.

The first segment of the program - Macroeconomic Challenges: Policy Choices & Global Cooperation - was moderated by James Wolfensohn, the Committee Co-Chair with Tharman Shanmugaratnam, Minister for Finance, Singapore and Christine Lagarde, Minister for Economy, Industry and Employment of France as speakers.

Macroeconomic Challenges. Shanmugaratnam described the challenge to create a new sense of optimism in the developed economies, because without growth and reduced unemployment in advanced economies, the recovery of the global economy will not be able to move forward. Lagarde envisaged France - the upcoming chair of the G20 taking over from South Korea - continuing the focus of addressing macroeconomic challenges on the following fronts: enforcement in the regulatory and supervisory environment, anti-money laundering, and a multi-year development program in order to focus on people, societies, and job creation. 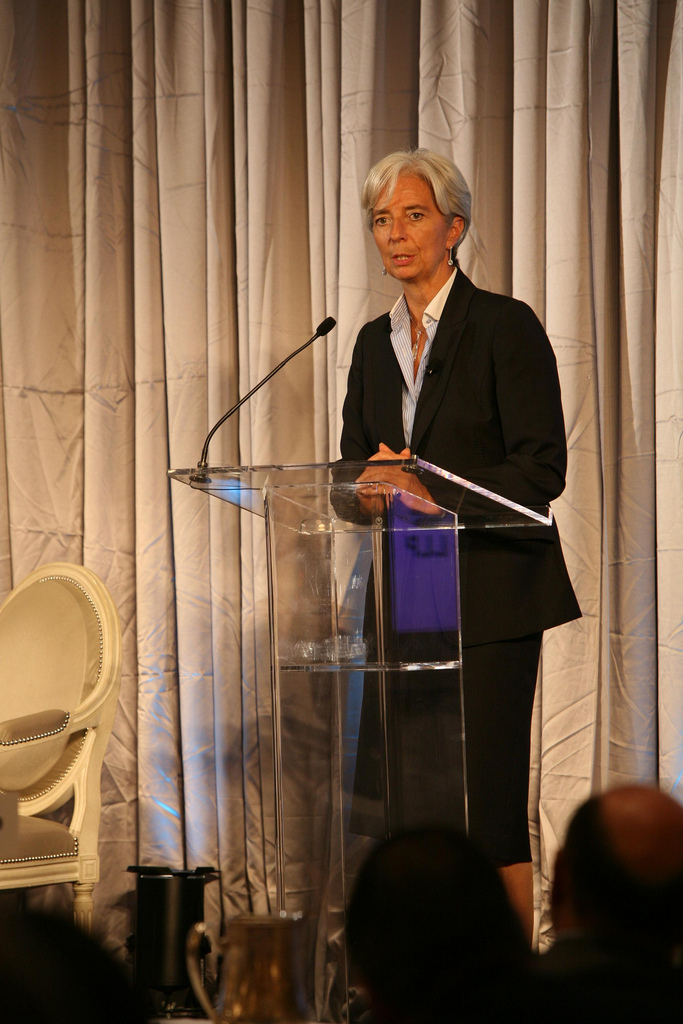 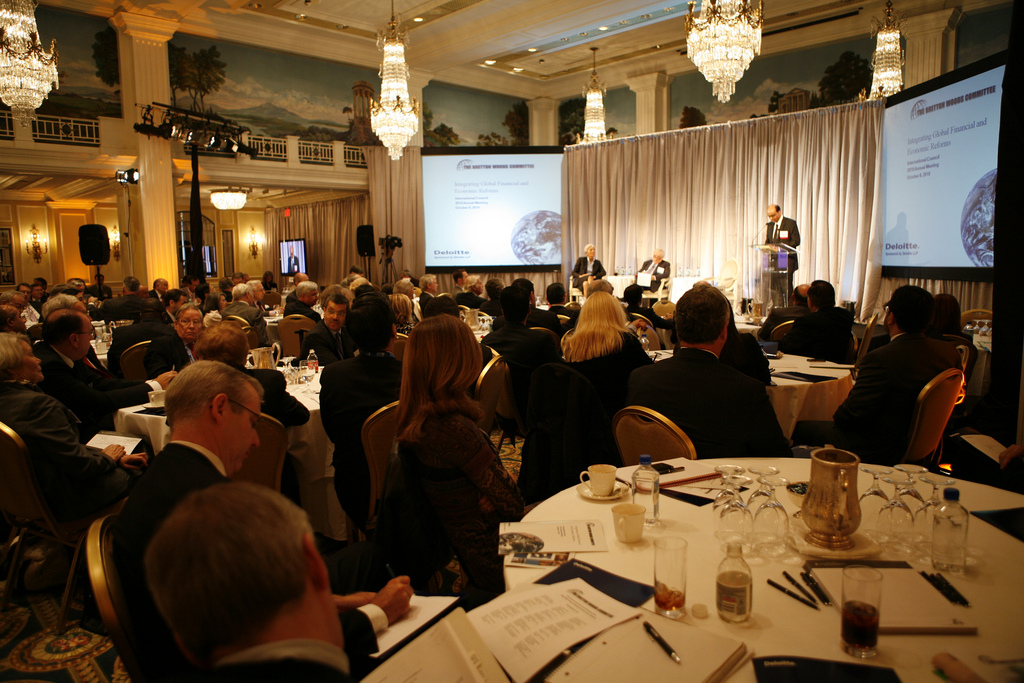 Policy Choices. Shanmugaratnam saw the immediate problems in the global economy as being caused by underlying structural issues that are not currently being addressed. He stressed that in order to deal with these underlying structural problems, reforms are needed in the United States, Europe, and the developing world that will involve wrenching social change. Without such reforms, he cautioned that we will continue to veer from one crisis to another as our macroeconomic policies will not achieve the desired outcomes. Lagarde, on the other hand, noted that three key issues going forward were to make progress on policies relating to the international monetary system, commodities and commodity derivatives, and global governance.

Global Cooperation. Lagarde and Shanmugaratnam agreed that multilateral economic institutions needed to maintain their flexibility and be adjustable as they cope to manage changes. Shanmugaratnam highlighted that as decision-making forums such as the G-20 draw in new members to address new problems, it was important that their effectiveness is also maintained. Lagarde also described the need for organizations to be more inclusive of global perspectives and to better coordinate their efforts. 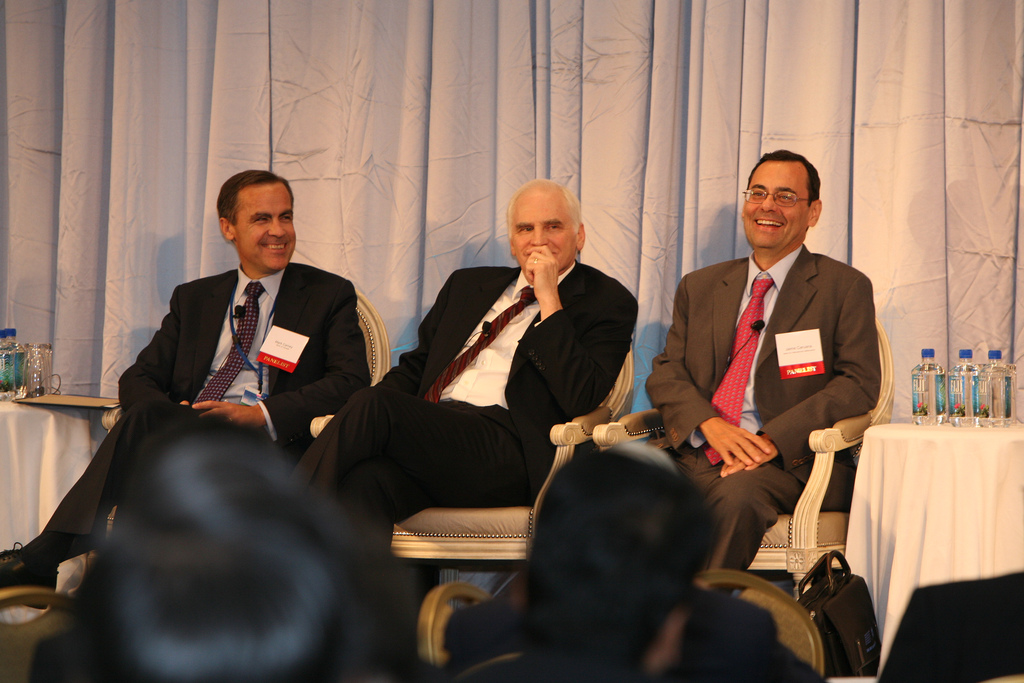 Current Status. All speakers stated their belief that the Basel III agreement - which includes new definitions of what counts as required capital, higher minimum capital requirements, the creation of buffer zones, and new liquidity requirements for banks - was a firm and important step in the right direction, but that work in some key areas remained. They also agreed on the need to for a standardized implementation of these rules across countries and the importance of maintaining a level playing field.

Implementation Challenges. Caruana noted that financial reform progress was slow because of the need to deal with difficult issues such as remaining financial instability, the impacts of the reforms on markets, and perhaps most importantly national rules implementation. He expressed confidence that momentum had not been lost and that the process would continue to move forward in addressing these issues. Zubrow described the need to maintain a balance between prescriptive rules and flexible regulation. In this uncharted territory, he acknowledged that regulators needed flexibility and discretion in order to ensure that companies are following the spirit and the letter of the regulation laws. He also called for a greater understanding of the impacts of reforms on market participants, noting that supervisors and regulators must realize that liquidity requirements can have adverse effects, creating a drag on the recovery.

Carney explained that losses of organizations should not be taken on by the public or governments. He drew attention to the need for clear regulatory measures, contingent capital, and incentives for shareholders and debtholders to monitor management. He also urged for more effective oversight in normal times as well as times of crisis, which would entail proactive information sharing and common financial stability objectives across many regulatory agencies.

Harmonization Globally. Tarullo commented on the particular need to clarify roles and relationships among different international bodies such as the Financial Stability Board and the Basel Committee, and their contributions to global financial stability vis-à-vis other actors. He suggested that membership in these bodies could be increased without sacrificing their effectiveness, to include developing nations, putting their representatives in some leadership roles. 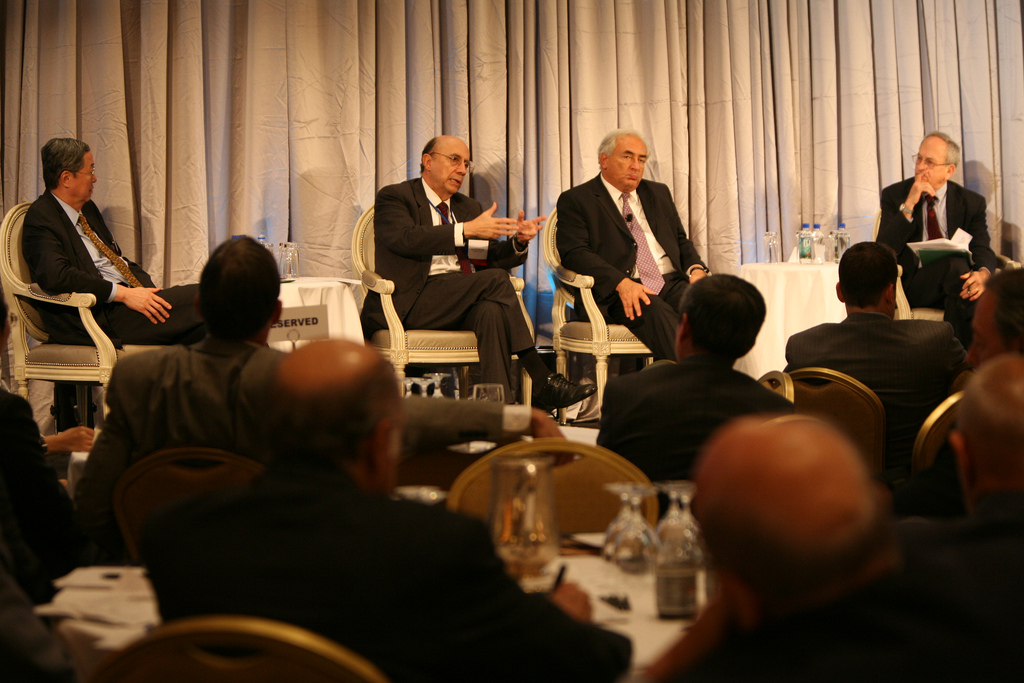 The third segment, Sustaining Financial Stability from IMF and Central Banker Perspectives, was moderated by Donald L. Kohn, the Former Vice Chairman of Board of Governors of the Federal Reserve System and currently Senior Fellow at the Brookings Institution. Dominique Strauss-Kahn, Managing Director of the IMF, Henrique de Campos Meirelles, Governor of the Central Bank of Brazil and Zhou Xiaochuan, Governor of the People's Bank of China, made up the segement, with Jean-Claude Trichet, President of the European Central Bank, closing the meeting.

Global Imbalances. The panelists commented on the need for better global coordination and information sharing, especially during times of crisis. They all noted the long-term, structural problem of continuing imbalances in the global economy in regard to deficit and surplus countries. Strauss-Kahn indicated China was moving in the right direction, while commenting that the US and Europe must also take action in order to fix the structural problem of large surplus and deficit imbalances.

Macro-Prudential Policies. The panelists all noted the need for improved macro-prudential supervision including consistent standards to measure systemic risk and cross-border supervision. Zhou spoke about the need for central banks to develop more robust policy instruments for macro-prudential issues and to practice crisis management - including acting as lender of last resort - by providing an insurance mechanism and liquidity. He stated that central banks should uncover problems in both normal and crisis situations and then choose policies that will provide incentives to make the financial system more stable. 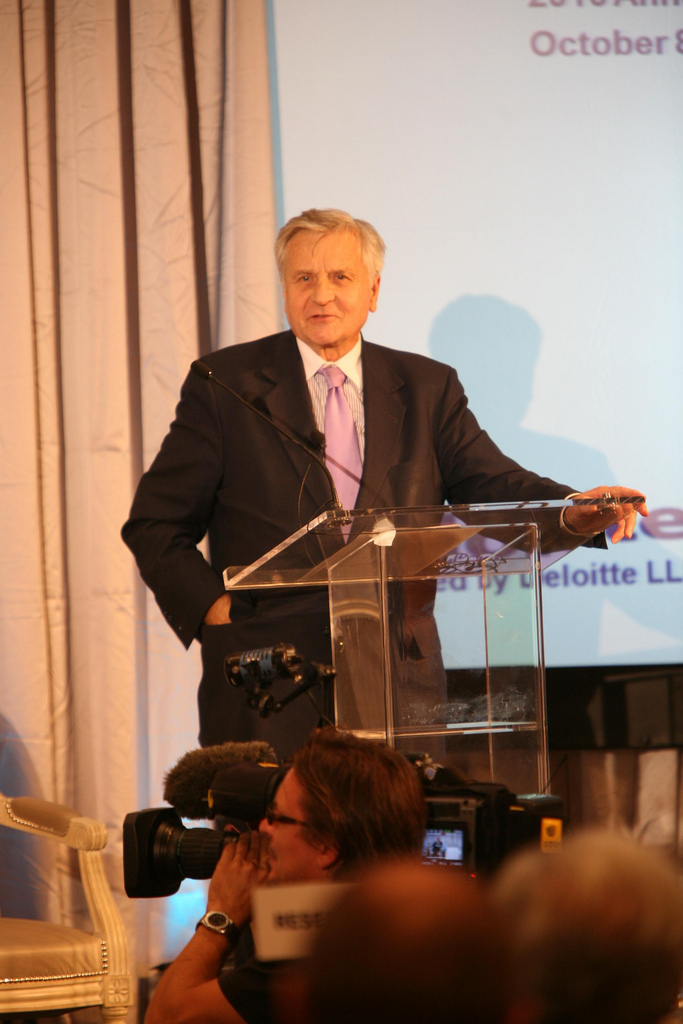 National and Global Institutions. Strauss-Kahn explained the need for increased representation of emerging economies in global financial institutions but also for those countries to have more responsibility and a larger share of the burden of global stability.

Meirelles noted the need to distinguish between nationally and globally systemic financial institutions. He saw the key to regulatory effectiveness being closer cooperation between supervisors, regulators, and investors. He also called for global standards with discretional supervision at the national level.

In closing the program, Trichet explained the need for equal application of rules and avoiding regulatory arbitrage opportunities in order to ensure greater resilience of the financial system. He emphasized that countries cannot afford to use the same exceptional measures again because of moral hazard and taxpayer risks. He concluded by calling for the need to keep the spirit of global cooperation alive and to fight looming protectionist policies.