Africa's Needs and the Evolving Role of Development Aid 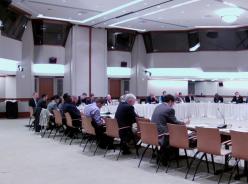 Investment Opportunities. The panelists drew attention to the wealth of opportunities that Africa presents to the rest of the world. Okonjo-Iweala noted that before the global economic crisis, Africa was growing at an unprecedented rate. During the recovery period, on the other hand, Africa quickly returned to rapid growth, keeping pace with Latin America. She noted that with an internal market of over one billion people, Africa was becoming an important source of growth in the new multipolar world economy. Zavala highlighted that there was great investor interest in Africa, but that knowledge about the investment environment was often lacking and advisory assistance for companies was needed. Brautigam explained that the Chinese were already taking advantage of these investment opportunities by moving production into Africa in order to produce for growing local markets. 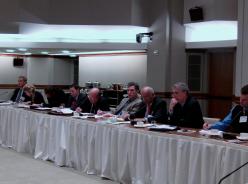 Constraints to Growth. The panelists agreed that there are key challenges facing many African countries, including inadequacies in infrastructure, depth of financial markets, and governance institutions. Okonjo-Iweala also noted that lack of skills and the inability to move beyond commodities and primary products remained critical. McIntosh explained the need for governments, aid donors, and the private sector to find convergence in identifying the key constraints to growth and also in implementing the solutions. He also described the difficulty for the poorest countries of "prioritizing the many pressing priorities" as well as the need for countries to distinguish between development needs and wants. Zavala commented on how poor infrastructure can cripple private sector growth and how lessons from Latin America should be incorporated into efforts in Africa, such as the creation of strong local bond markets to provide liquidity.

Capacity Building and Country-led Development. Okonjo-Iweala explained that development can be more effective if it is led by the sub-Saharan African countries themselves and not by external partners. She highlighted that countries that develop their own reform plans and identify their own priorities tend to be more motivated and thus more likely to succeed. McIntosh also argued that building capacity and understanding are crucial for sub-Saharan African governments to gain greater respect from the development community and to gain leverage in setting the agenda when negotiating with development partners. 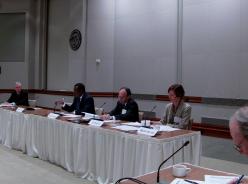 The Private Sector and Aid as Investment. The speakers all called for a change in the way that development aid is viewed. There is a growing realization of the need to begin thinking of development aid not purely as aid, but rather as investment requiring an economic return. Aid, therefore, should be targeted to address the key constraints that are holding back economic growth in the sub-Saharan African region. The panelists emphasized the need for development aid to be channeled and used as a catalyst for the expansion of private sector activity, which will drive the development process and sustain growth.

Okonjo-Iweala proposed the creation of a development bond, backed by donor resources that would help raise the large amounts of money needed to help countries overcome key constraints such as infrastructure building and spur private sector growth. She also called for development funds to be used as financial guarantees to create more public/private partnerships and to leverage private investment resources. McIntosh noted the key role of the private sector in development and the need for the private sector to work with governments and aid donors in harmonizing economic, social, and political development priorities.

Brautigam observed that the region contained many resources and much potential, but that the aid community needs to find a more effective way to link development with these riches. She explained that the Chinese experience may be relevant in this context. Among others, Chinese interests are using methods such as commodity-backed infrastructure projects, performance-based public/private cooperation, and joint ventures, when investing in sub-Saharan Africa. While not considered aid per se, they nonetheless are spurring the growth of the private sector and pushing development in Africa forward.