Future of the Dollar and the International Monetary System

On February 23, eighty participants from across the academic, political, and business sectors gathered at the Morgan Stanley Building in New York to discuss the Future of the Dollar and the International Monetary System.

Since the establishment of the Bretton Woods system, the U.S. dollar has held the status as the world's reserve currency. Yet, its real and perceived strength has wavered recently as the proportion of dollars held by foreign central banks declines, political and financial difficulties weigh on its value, and emerging markets' growing political and economic clout amplify calls for a diverse basket of reserve currencies. At the same time, foreign bank deposits at the Federal Reserve have skyrocketed since the end of 2010 and appear to strengthen the dollar's status in the short term.

Within this fluctuating environment, the Bretton Woods Committee convened a discussion among 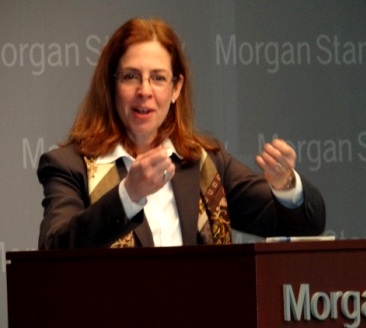 Dr. Goldberg emphasized that the dollar has maintained its traditional place as a central currency in the exchange rate regimes of other countries. Although there has been some decline recently, she noted that the dollar still accounts for 60% or more of developing country reserve portfolios, 40-50% of all debt securities, and 85% of transactions in global foreign exchange markets. If the dollar’s role did decline, Dr. Goldberg suggested a range of possible impacts on the United States, such as small seignorage effects, a depreciation of the dollar, reduced insulation from foreign shocks, increased domestic spending constraints, and a reduction in global economic influence.

Dr. Dailami explored the future of the broader International Monetary System (IMS). As global growth, investment, and production shift from industrialized to developing countries, he suggested that the IMS is rapidly becoming multi-polar and predicted a future multicurrency order centered around the U.S. dollar, the euro, and the renminbi. Dr. Dailami outlined three considerations central to the future shape of IMS: 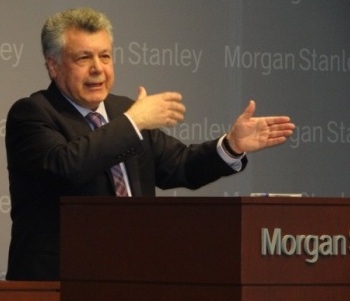 He also stressed that the agenda for IMS reform would need to move toward capital account convertibility in emerging markets, stabilize global liquidity creation, and incorporate the special needs of low-income developing countries. 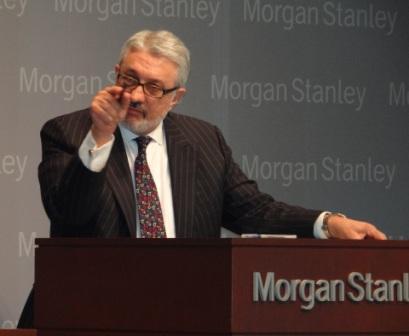 Finally, Mr. de Kock provided an industry perspective on the benefits of using a single currency. He contrasted the official roles of currencies as reserves with their private role in transactions, stressing that this dichotomy may become more important as time goes on. While expressing pessimism about the future role of the dollar, he predicted that use of the euro as an official reserve currency will accelerate in the future, if European countries resolve their sovereign debt crises, become more integrated, and issue joint Eurozone bonds. As a contrast, he foresaw a growing role for the renminbi in private transactions, but believes that its role as an official reserve currency is hampered by a lack of convertibility and shallow financial markets. He also noted the difficulty of promoting one’s currency as a global reserve currency while operating on an export-orientated model for economic growth.

When reflecting on questions from the audience, none of the panelists saw an expanded future role for the Special Drawing Rights of the International Monetary Fund. At the same time, they shared optimism about the increased cooperation and collaboration among governments in response to recent crises.

The Committee would like to thank Morgan Stanley for their generous support for this event.