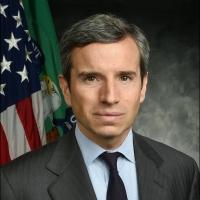 Antonio Weiss is a senior fellow at the Mossavar-Rahmani Center for Business and Government at the Harvard Kennedy School. Previously, he served as counselor to the secretary at the US Department of the Treasury, where he worked on issues related to financial markets, regulatory reform, consumer and housing finance, job creation and broad-based economic growth. He led the Treasury response to the debt crisis in Puerto Rico, working closely with Congress to pass legislation to allow an orderly restructuring of Puerto Rico’s debt. In recognition of his achievements at the Treasury, he was presented the Alexander Hamilton Award, the department’s highest honor.

Before joining the Treasury, he served in various leadership roles in the US and Europe at Lazard, the financial advisory firm, most recently as Global Head of Investment Banking. Mr. Weiss is a member of the Council on Foreign Relations.

He earned his bachelor’s degree from Yale College and a master of business administration from Harvard Business School, where he was a Baker Scholar and Loeb Fellow.