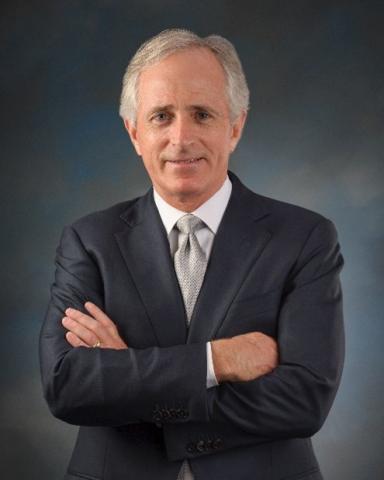 CORKER, ROBERT (BOB), a Senator from Tennessee; born in Orangeburg, S.C., August 24, 1952; attended the public schools in Chattanooga, Tenn.; graduated with a bachelor of science degree in industrial management, University of Tennessee 1974; commercial real estate developer; construction company owner; unsuccessful candidate for the United States Senate 1994; commissioner, Tennessee Finance and Administration Department 1995-1996; mayor of Chattanooga 2001-2005; elected as a Republican to the United States Senate in 2006; reelected in 2012, and served from January 3, 2007, to January 3, 2019; chair, Committee on Foreign Relations (One Hundred Fourteenth and One Hundred Fifteenth Congresses); was not a candidate for reelection to the Senate in 2018.