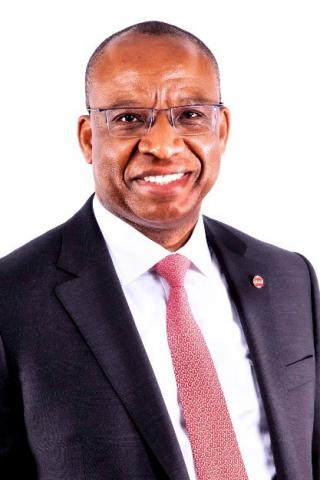 Prior to joining Absa in January 2020, he was a Deputy Governor of the South African Reserve Bank (SARB) since July 2009 where he served two 5-year-terms. His responsibilities included Financial Markets, International Economic Relations and Policy as well as the Human and Operations Cluster. He was a member of the Governors’ Executive Committee, the Monetary Policy Committee, Financial Stability Committee, Risk Management Committee and the Prudential Committee. He was the Chairperson of the Reserves Management Committee as well as the Chair of the Board of the Corporation of Public Deposits. He also served as the G20 Central Bank deputy for South Africa, as well as the Chairman of the Deputies for the International Monetary Financial Committee (IMFC) of the International Monetary Fund, Washington D.C. He is currently a member of the Bretton Woods Committee Advisory Council.

His experience before the SARB included credit-risk analysis, corporate banking, and project and structured finance at private banking institutions in Germany, The United Kingdom (UK) and South Africa.

In 2018 Germany’s President Frank-Walter Steinmeier bestowed the Great Order of Merit to Mminele for his work in furthering German-South African relations. Daniel was also the recipient of the 2019 Life Time Achiever Award of the Association of Black Securities and Investment Professionals, South Africa.