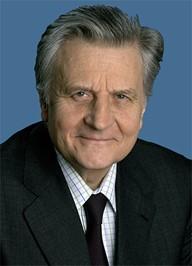 Jean-Claude Trichet was made an adviser to the cabinet of the Minister of Economic Affairs in 1978, and an adviser to the President of the Republic in the same year. In this capacity, he worked on issues relating to energy, industry, research and microeconomics from 1978 to 1981. He was Chairman of the Paris Club (sovereign debt rescheduling) from 1985 to 1993. In 1986, he directed the Private Office of the Minister of Economic Affairs, and in 1987 he became Undersecretary of the Treasury. In the same year, he was appointed Alternate Governor of the International Monetary Fund and the World Bank. He was Chairman of the European Monetary Committee from 1992 until his appointment as Governor of the Banque de France in 1993. He was a member of the Council of the European Monetary Institute from 1994 to 1998 and thereafter a member of the Governing Council of the European Central Bank. At the end of his first term as Governor of the Banque de France, he was reappointed for a second term.

He has received a number of awards, including the “Zerilli Marimo” prize from the Académie des Sciences Morales et Politiques (1999), the “Prix franco-allemand de la Culture/Deutsch-Französischer Kulturpreis” (2006) and the “Ludwig Erhard Memorial Coin in Gold” (2007). He was also named “Central Banker of the Year” by The Banker (2008), and “Central Bank Governor of the Year 2008” by Euromoney. He was awarded the “2011 International Charlemagne Prize of Aachen” for his contribution to European unity, the “2011 Global Economy Prize” from the Kiel Institute, the “Collier du Mérite Européen” in Luxembourg (2013), the National Association of Business Economists (NABE) “Lifetime Achievement Award”, Washington (2014), and the “Prize for Achievement of the Monetärer Workshop”, Frankfurt (2016). He has been awarded honorary doctorates by several universities (Montreal, Stirling, Liège, Tel Aviv, Bologna, Sofia).

Jean-Claude Trichet is a Commandeur de la Légion d’Honneur and has been awarded several foreign honours.