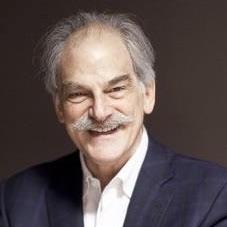 John Lipsky is the Peter G. Peterson Distinguished Scholar at the Henry A. Kissinger Center for Global Affairs and a Senior Fellow in the Foreign Policy Institute at Johns Hopkins School of Advanced International Studies.

Most recently, was first deputy managing director of the International Monetary Fund; previously held positions of vice chairman of JPMorgan Investment Bank, chief economist at JPMorgan Chase, chief economist and director of research at Chase Manhattan Bank, and chief economist and, previously, director of the European Economic and Market Analysis Group in London, at Salomon Brothers; early in career, spent 10 years at the International Monetary Fund, helping manage the fund's exchange rate surveillance procedure, analyzing developments in international capital markets, participating in negotiations with several member countries and serving as the fund's resident representative in Chile; currently is co-chair of the Aspen Institute's Program on the World Economy; is the Chair of the National Bureau of Economic Research and Vice Chair of the Center for Global Development, serves on the advisory board of the Stanford Institute for Economic Policy Research (SIEPR); is a Director of the American Council on Germany, and a life member of the Council on Foreign Relations; PhD, economics, Stanford University.