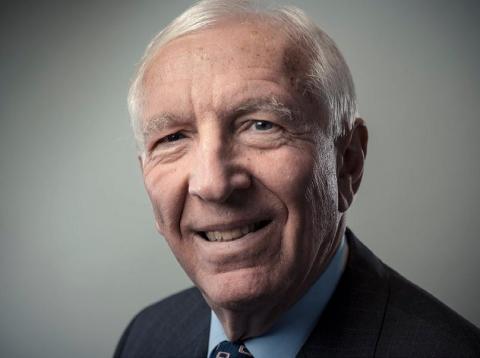 Sir David Walker was most recently Chairman of Winton Capital Management from 2015-2019. Previously he  served as a non-executive Director and Chairman of the Board of Barclays from 2012 until 2015.

Sir David Walker served as a non-executive Director and Chairman of the Board of Barclays from 2012 until 2015.

Sir David began his career in 1961 with Her Majesty’s Treasury, where, with a period on secondment to the International Monetary Fund in Washington (1969-1973), he served until 1977. From 1977-1993, Sir David held several key positions at the Bank of England where, in 1981, he became one of four Executive Directors of the Bank. From 1988-92 he was Chairman of the Securities & Investment Board and, ex officio, a nominated member of the Council of Lloyd’s over the same period. He was a non-executive member of the Court of the Bank ofEngland from 1988-1993.Sir David was a non-executive board member of the former CEGB and subsequently of National Power plc between 1984 and 1994. He was formerly Chairman of Reuters Venture Capital, Vice-Chairman of the Legal and General Group and was Chairman of the London Investment Bankers’ Association for 4 years until June 2004. Sir David joined Morgan Stanley in 1994, where he was Chairman and CEO, Morgan Stanley International, and subsequently Chairman. At the end of 2005, he retired as Chairman but remained a Senior Advisor until the end of August 2012.

In 1992, Sir David Walker published a report, commissioned by the Government and the Bank of England, on the LMX spiral in the Lloyd’s insurance market. Since 2007 Sir David has completed two reports and made recommendations in respect of the private equity industry and corporate governance at financial institutions. He also co-led the independent review of the report that the FSA produced into the failure of Royal Bank of Scotland and was a member of the four-person Committee chaired by Lord Woolf (former Lord Chief Justice) into ethical business conduct in BAE Systems plc, which reported in May 2008.