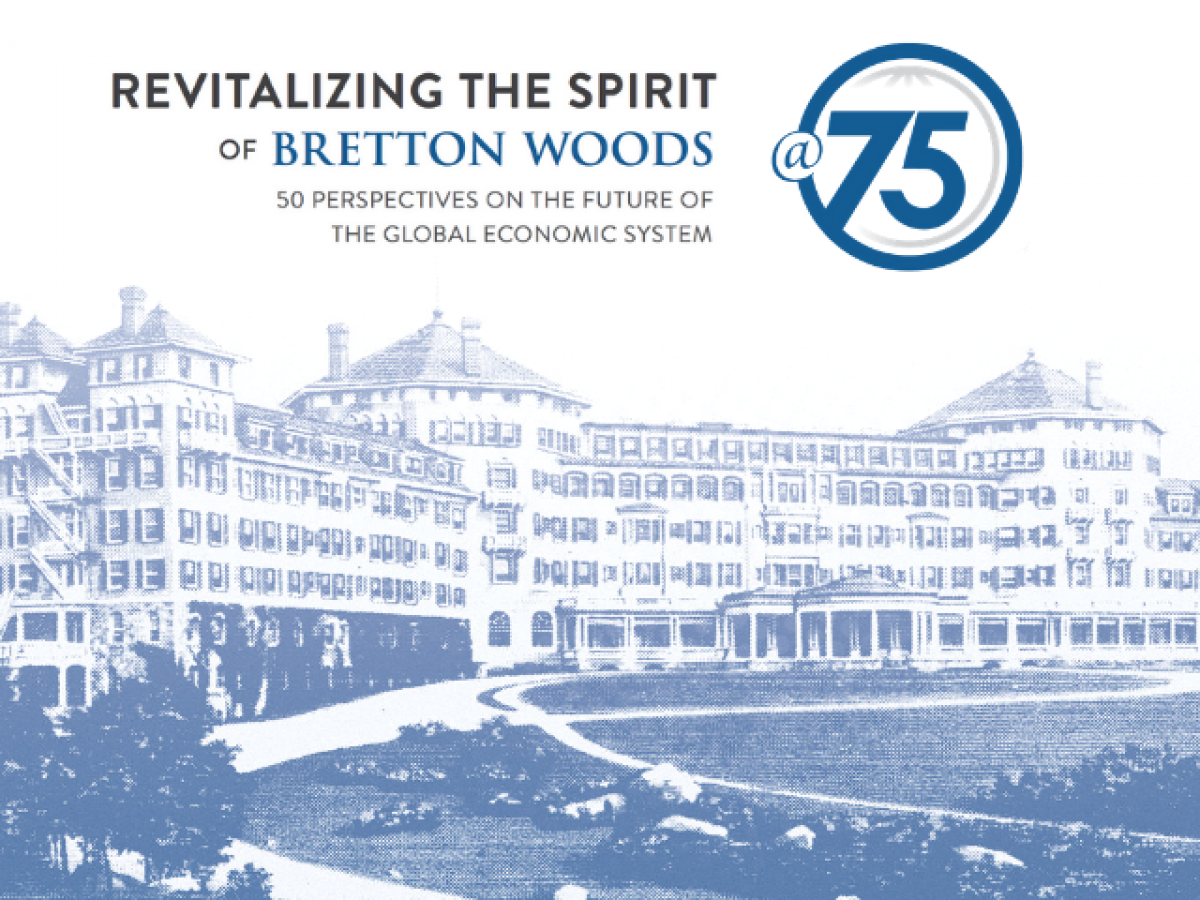 (Washington, D.C. — July 1, 2019) On July 1, 1944, 730 delegates from 44 Allied nations congregated in Bretton Woods, New Hampshire, to determine the structure of the international monetary system and a plan for postwar economic reconstruction that would lead to stability and growth for all. Now, 75 years later, the world is again struggling with many of the same challenges that brought those delegates together.

As the trusted advisor, advocate and constructive critic for the World Bank and International Monetary Fund, the Bretton Woods Committee is calling on world leaders to use the same foresight and fortitude exhibited by those pioneering delegates to strengthen the global economic system as it faces deepening and rapidly accelerating changes.

“Nationalism and populism were part of the problem seventy-five years ago, and these forces are still creating instability around the world today,” said Bretton Woods Committee Executive Director Randy Rodgers. “That’s why we’re publishing a compendium of 50 essays written by finance ministers, bankers, policymakers, and academics from around the world: to protect and strengthen the Bretton Woods mission established by the original conference, and to accelerate the evolution of the World Bank, the International Monetary Fund and the World Trade Organization for a rapidly changing world.”

The compendium, Revitalizing the Spirit of Bretton Woods: 50 Perspectives on the Future of the Global Economic System, is part of a year-long initiative called Bretton [email protected] In addition to celebrating the establishment and successes of the institutions that helped the world’s nations recover following World War II, the Bretton [email protected] initiative and compendium spotlight the alarming global challenges that are threatening growth and stability in the modern era. In the face of these threats, the compendium authors pose solutions and issue a call to action to address these problems as an international community.

These great challenges include rapid population growth that could outstrip natural resources already under pressure from climate change, mounting sovereign and corporate debt that is threatening the stability of an increasingly interconnected global financial system, technologies that present nations with opportunities as well as privacy and social-stability costs, the reemergence of nationalist and populist movements that amplify anxieties and weaponize fear, the overall acceleration of the pace of change itself, and more.

“(T)he spirit of Bretton Woods is alive—but not yet fully secure,” Paul A. Volcker, chair emeritus of the Bretton Woods Committee and former chair of the Federal Reserve System, wrote in the opening essay of the compendium. “The rise of new economic powers—first Japan, then China—and now the internal tensions within the eurozone—pose new challenges for cooperation. The political uncertainties within the United States itself could become the greatest threat.”

To download a free copy of Revitalizing the Spirit of Bretton Woods: 50 Perspectives on the Future of the Global Economic System, visit http://brettonwoods.org/BW75/compendium-release. And follow the Bretton [email protected] Blog for ongoing thought leadership.

About The Bretton Woods Committee

The Bretton Woods Committee is the nonpartisan network of prominent global citizens which works to demonstrate the value of international economic cooperation and to foster strong, effective Bretton Woods institutions as forces for global well-being. The Committee was created in 1983 at the suggestion of two former Treasury officials — Secretary Henry Fowler and Deputy Secretary Charls Walker, a Democrat and a Republican — who saw the need for an organized effort to ensure that leading citizens spoke about the importance of the international financial institutions.