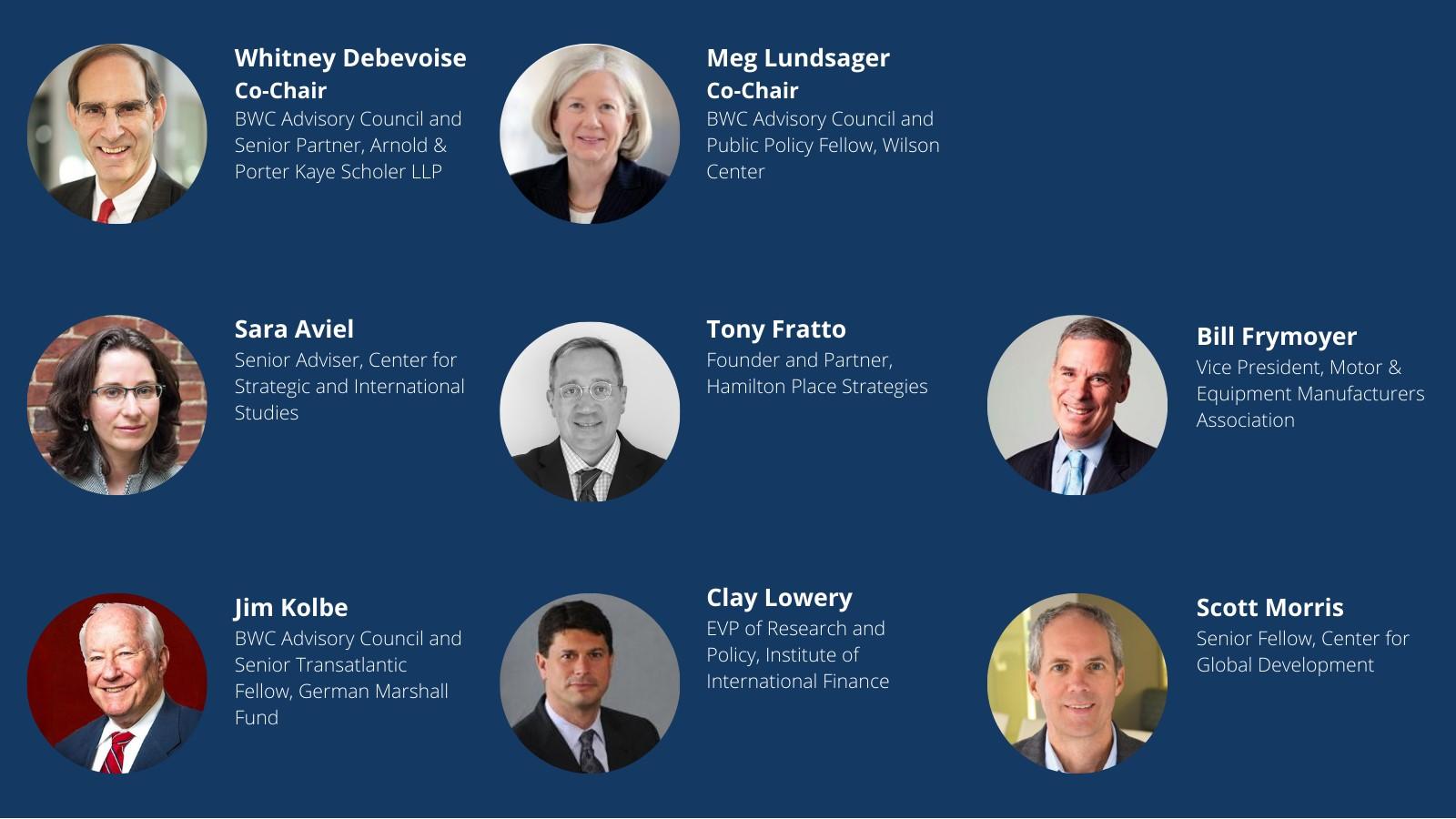 END_OF_DOCUMENT_TOKEN_TO_BE_REPLACED

The U.S. Congress is at work this week (March 9, 2022) to reach an agreement on an FY22 spending bill to avoid a government shutdown and provide much needed aid to Ukraine. The bill would also include annual funding for the International Financial Institutions (IFIs).
One item BWC hopes to see in the bill is an exemption for the World Bank’s International Development Association (IDA) from costly registration requirements with the U.S. Securities and Exchange Commission (SEC). If granted, this exemption will permit IDA to provide low-income countries nearly $700 million in additional resources. Read this explainer on the issue published by BWC’s Legislative Working Group.

END_OF_DOCUMENT_TOKEN_TO_BE_REPLACED

Amidst the backdrop of the Ukraine crisis and the ongoing global pandemic, the U.S. Congress has passed an omnibus spending bill for FY22 including annual funding for the International Financial Institutions (IFIs). Read analysis from BWC’s Legislative Working Group on what was funded, what was not, and the implications for the IFIs.

END_OF_DOCUMENT_TOKEN_TO_BE_REPLACED

Over its history, the Bretton Woods Committee has played an essential role advocating for the International Financial Institutions (IFIs), particularly as it relates to U.S. resourcing and funding replenishments. The Committee has used its convening power and diverse expertise to serve as an important non-partisan resource for policymakers on Capitol Hill and in the Administration since its founding in 1983.

The Bretton Woods Committee’s Legislative Working Group (LWG) leads BWC’s engagement with the U.S. Congress and the Administration. The Working Group educates Congressional Committees, Members of Congress, and their staffs about the importance of the IFIs and the critical leadership role of the United States at these institutions.