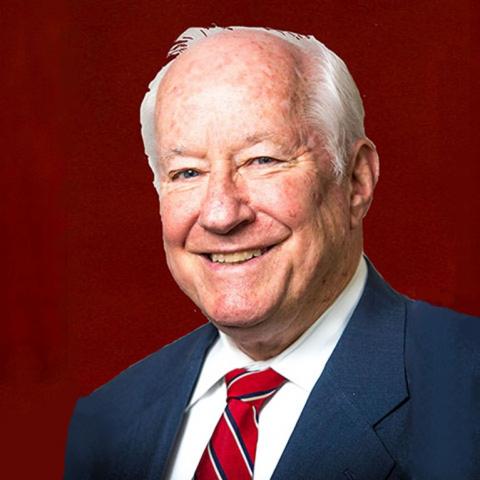 Jim Kolbe currently serves as a senior transatlantic fellow at GMF. He advises on trade matters as well as issues of effectiveness of U.S. assistance to foreign countries, on U.S.–EU relationships, and on migration and its relationship to development. From 2008-10, he co-chaired the Transatlantic Taskforce on Development with Gunilla Carlsson, the Swedish minister for international development cooperation. The Taskforce consisted of experts from both sides of the Atlantic from governments, NGOs, foundations, and corporations and made strategic recommendations on development for the U.S. administration as well as to European audiences. From 2011-12, he co-chaired another task force with the Swedish minister for trade. This task force developed a strategic plan for launching U.S.–EU trade negotiations, which are now known as the Transatlantic Trade and Investment Partnership (TTIP) talks.

In addition to his work with GMF, Kolbe serves on the board of counselors McLarty Associates and is president of JTKConsulting, which represents the interests of Arizona clients to the United States Congress.

Kolbe serves as vice chairman of the Board of Directors of the International Republican Institute, and is a member of the boards of directors for Freedom House, the Institute for Science and Global Policy, the Project on Middle East Democracy. In Arizona, he serves on the boards of directors for the Community Food Bank and Critical Path Institute. He is also co-chair of the Governor’s Transportation and Trade Task Force, and is a member of the Council on Foreign Relations.

For 22 years, Kolbe served in the U.S. House of Representatives, elected for 11 consecutive terms from 1985 to 2007. He represented the Eighth (previously designated the Fifth) congressional district, comprising the southeastern part of Arizona. Prior to coming to Congress, he served for six years in the Arizona State Senate.

While in Congress, Kolbe served for six years on the House Budget Committee and for 20 years on the Appropriations Committee. In that capacity he was responsible for deciding the allocation of the budget and the terms for spending appropriated funds. He was chairman of the Treasury, Post Office, and Related Agencies subcommittee for four years, and for his last six years in Congress, he chaired the Foreign Operations, Export Financing, and Related Agencies subcommittee.

Kolbe was commissioned in the United States Naval Reserves in 1965 and served for more than ten years before retiring as a Lieutenant Commander, USNR. His active duty included a year of service in the Republic of Vietnam with Coastal Forces (swift boats).

He has received numerous awards and tributes, but notable among them is the George Marshall Award for Distinguished Service from the U.S. Agency for International Development, the Order of the Aztec from the president of Mexico, and the lifetime achievement in trade award from the Washington International Trade Association.