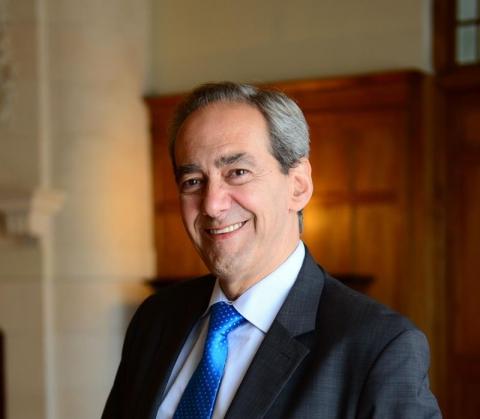 José M. González-Páramo holds a Ph.D., M.Phil. and M.A. in Economics from Columbia University, New York, and a Ph.D. from the Complutense University of Madrid. In 1988 he joined the Complutense University of Madrid as a professor of Economics. In 2012 he joined the IESE Business School as a professor. Between 1985 and 1994 he was an economic advisor to various public and private institutions, including the Bank of Spain (1989–1994), the European Commission, the IMF and the World Bank. He was a member of the Executive Board and the Governing Council of the European Central Bank (ECB) between 2004 and 2012, and of the Bank of Spain from 1998 to 2004. In June 2013, he was appointed as a member of the Board of Directors of BBVA, the Bank's Head of Global Economics & Public Affairs, and Chair of its International Advisory Board. He held said positions until March 2020. In 2013 he was appointed Chairman of European DataWarehouse GmbH. He sits on the boards of Bruegel, AmCham Spain, the Euroamerica Foundation, Cercle d'Economía and the Scope Foundation, among other organizations. He has also been a full academic member of the Real Academia de Ciencias Morales y Políticas (Royal Academy of Moral and Political Sciences) since 2015.