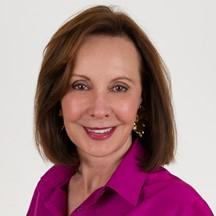 Marie-Josée Kravis is a senior fellow and vice chair of the Board of Trustees at Hudson Institute. Ms. Kravis is also a well-known economist specializing in public policy analysis and strategic planning. She was a member of the Bilateral Dispute Settlement Board, part of the Canada/U.S. Free Trade Agreement, and has been a member of the Quebec government’s Committee on Financial Institutions.

Ms. Kravis also serves as president of the Museum of Modern Art in New York City and is a member of the Board of Directors for a number of large corporations, including Ford Motor Company, Vivendi Universal, and Interactive Corporation.

Ms. Kravis has been associated with Hudson since 1973. She directed Hudson’s “Corporate Environment Program” and the “Europe and the World” study and has worked on studies of the economic development of countries such as Algeria, Morocco, France, and Mexico.

Before joining Hudson, Ms. Kravis was special assistant to the federal Solicitor General and later to the Minister of Supply and Services for the Canadian government, and, before that, a financial analyst for Power Corporation of Canada, Ltd. She was project director and co-author of “Canada Has a Future” (1978); “Quebec 1985”(1980); and “Western European Adjustment to Structural Economic Problems.” She previously wrote a weekly column on economics for the National Post, and from 1980 until 1985 she hosted a weekly television show on economics.