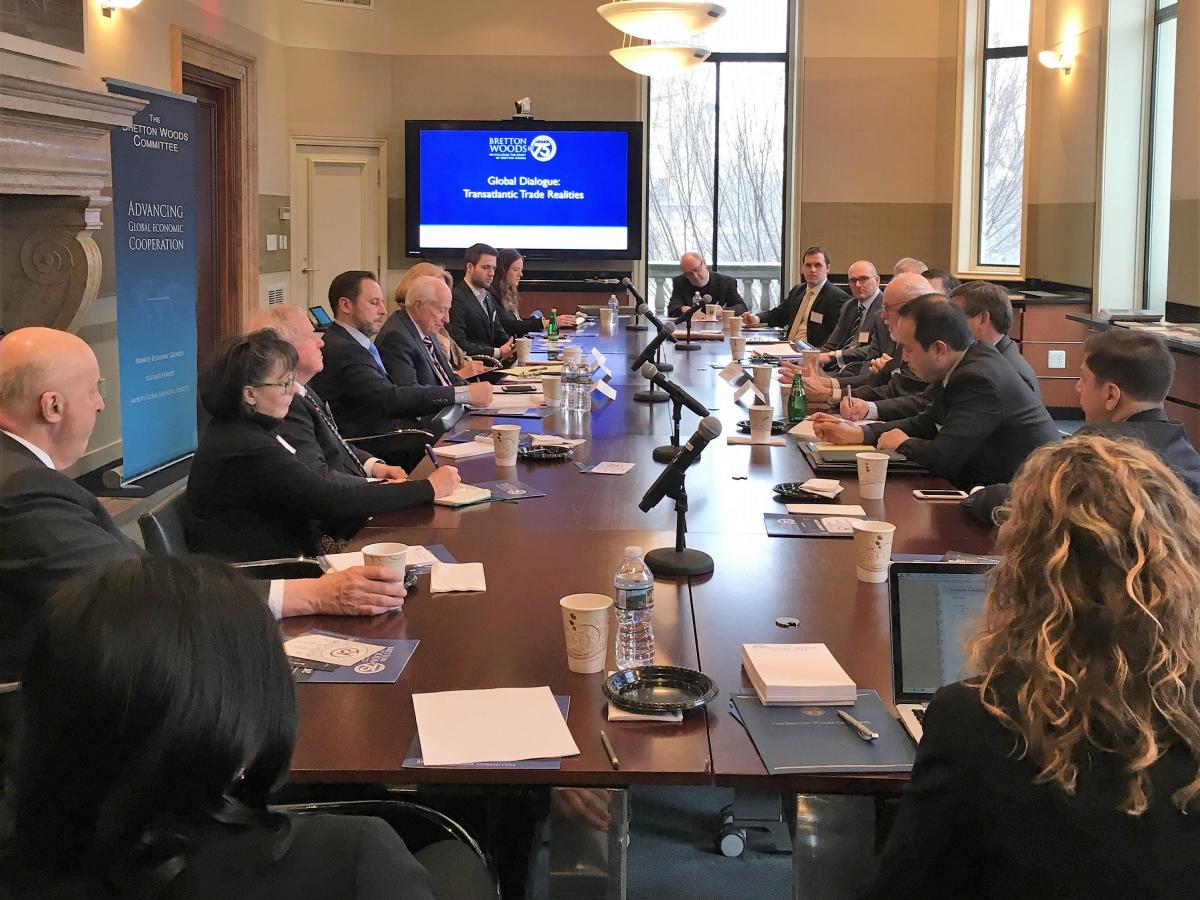 On February 1, 2019 the Bretton Woods Committee in partnership with the German Marshall Fund (GMF) of the United States hosted a Bretton [email protected] Dialogue on Transatlantic Trade Realities. The dialogue examined future global trade prospects and realities, focusing on the state of trade on both sides of the Atlantic and implications for the future of multilateral trade relationships and the global trading system.

This lively and fruitful conversation advanced the trade dialogue along a few central themes:

This event was part of the Bretton [email protected] series of dialogues to gather forward-looking perspectives on issues impacting the Bretton Woods architecture, institutions, and Committee.

Bretton [email protected] is a global dialogue to honor 75 years of economic progress and to revitalize the spirit of Bretton Woods now and for the future.